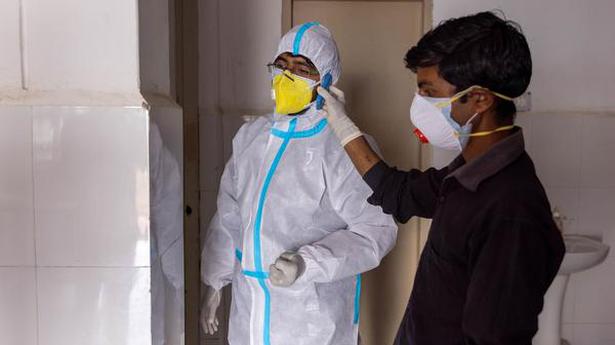 It was distressing, the signatories said, to see Indians scrambling to access basic healthcare services.

In a scathing criticism of the Narendra Modi government’s handling of the COVID-19 pandemic, 187 eminent personalities, including academics, activists, authors, film-makers and professionals, accused the government of reneging on its moral and constitutional responsibilities in an open letter.

The signatories include Aruna Roy, Kaushik Basu, Romila Thapar, Harsh Mander, Rajmohan Gandhi, Wilson Bezwada and Prabhat Patnaik. The signatories demanded that the government support the civil society, which had stepped up during the pandemic.

It was distressing, they said, to see Indians scrambling to access basic healthcare services.

“The visuals of the deceased lying on roads, floating in rivers and riverbeds has pricked the world’s collective conscience. This situation is especially shocking because we all expected that the Indian State would tackle this crisis resolutely. Instead of deploying the many resources it commands to combat the COVID-19 pandemic, the State seems to have reneged on its moral and constitutional responsibilities,” they wrote.

Most political parties, the letter said, were ready to work in a non-partisan manner, but the Union government was reluctant to cooperate. It neither welcomed suggestions, nor created a truly national task force comprising all parties, State governments, experts and civil society to tackle the unprecedented situation.

Despite a history of successful mass vaccination campaigns in the past 70 years, it was distressing that the government had outsourced the procurement of vaccines to severely stretched State governments at differential and exorbitant rates, they said.

“What is especially nauseating is that amidst this chaos, there is an attempt to hide and obfuscate the gravity of the situation, while governments harass journalists and citizens for speaking the truth. Equally shockingly, billions of dollars are being squandered on wasteful projects such as the Central Vista and a new residence for the Prime Minister in the capital city,” they added.

In its initiative to make the sprawling campus spread over about 300 acres carbon neutral, the National Institute of Technology – Karnataka (NIT-K) at...
Read more

Top news developments in Karnataka on May 16, 2022