Over 2 lakh pilgrims visit Kedarnath-Badrinath in about a week 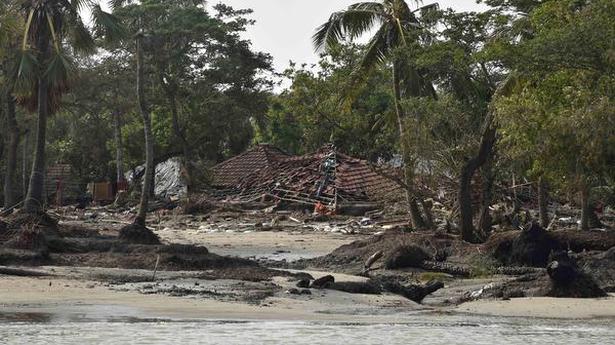 She directed the authorities to ensure that food and drinking water was made available to the inmates.

Ms. Banerjee said she would be writing to Niti Aayog seeking funds for constructing about 500 cyclone shelters in the State. “There were some issues regarding relief in Gosaba block [in South 24 Parganas]. Since the MLA is down with COVID-19, I spoke to the DM, who assured me that issues will be sorted out,” Ms. Banerjee said.

According to the Chief Minister, about 2.21 lakh hectares of agriculture land had been inundated. The worst affected were fishermen, and the State government would provide them the necessary relief.

Cyclone Yaas battered coastal areas of the State on May 26, leaving large areas inundated in Sunderbans and Purba Medinipur district.

Ms. Banerjee said the COVID-19 situation in the State had improved and grocery shops would be allowed certain relaxations. Ms. Banerjee said that Information Technology firms would be allowed with 10% of the staff. The Chief Minister said the case positivity and case fatality ratio had improved over the past few days. The State had already started purchasing vaccines on its own for its people, she said.

CBI arrests its four sub-inspectors on graft charge, dismisses them from service

Vicky Kaushal and Katrina Kaif are not expecting their first child:...

Ahead of the impending elections to various local bodies, including zilla panchayat and the Bruhat Bengaluru Mahanagara Palike council, the State Cabinet on Thursday...
Read more
Trending

CBI arrests its four sub-inspectors on graft charge, dismisses them from service

Ahead of the impending elections to various local bodies, including zilla panchayat and the Bruhat Bengaluru Mahanagara Palike council, the State Cabinet on Thursday...
Read more

Narasimha Nayak, (Rajugowda) BJP MLA and chairman of Karnataka Urban Water Supply and Drainage Board, has alleged that his own party “leader” is behind the...
Read more
- Advertisement -