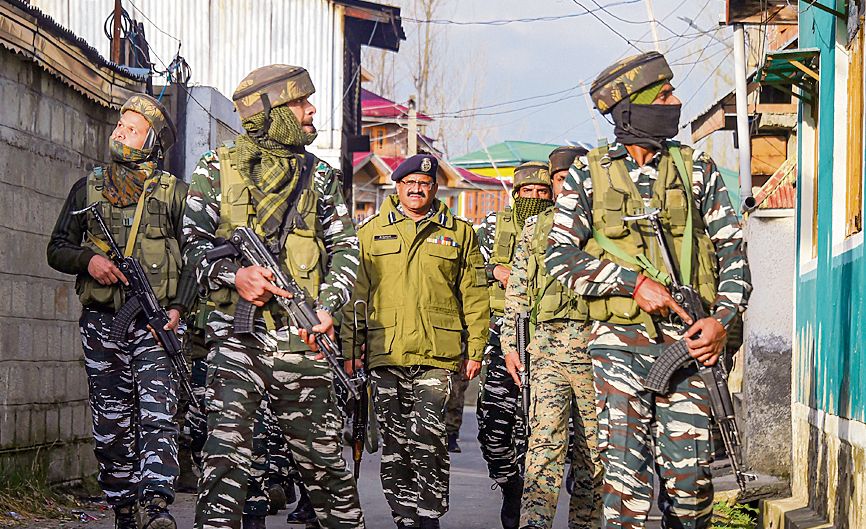 Four CRPF jawans were injured when an ammunition fuse box exploded when it was being loaded on a train at the Raipur station on Saturday, according to an official statement.

On Saturday morning, the 211 Company of the Central Reserve Police Force (CRPF) was in the train when ammunition was being loaded, it said.

“Boxes of arms and ammunition were being loaded on the train by Head Constable Vikas Lakshman and other jawans. The ammunition fuse box exploded in Lakshman’s hand near the toilet of the train’s compartment,” the CRPF statement said.

Due to the fuse box explosion, Lakshman got injured and he was admitted to the Sreenarayana hospital in Raipur, it said.

Three other jawans also suffered injuries and they were given first aid at the station, the statement said.

The CRPF said “a case has been filed with the GRP railway station and it has directed to investigate the matter”.

The special train was scheduled to carry the CRPF personnel to Jammu from Raipur, police in Raipur said.

“A minor explosion was recorded in a special train of the CRPF at the Raipur railway station around 6.30 am today. The train was heading to Jammu from Jharsuguda (Odisha),” Raipur Superintendent of Police (SP) Prashant Agrawal said.

“The explosion occurred during the shifting of a container carrying detonators and HD cartridges. While shifting the container in train, it accidentally slipped in coach number-9, which led to the blast,” the SP said. PTI