After Hojai doctor assault, another incident comes to light in Assam leading to arrest of two 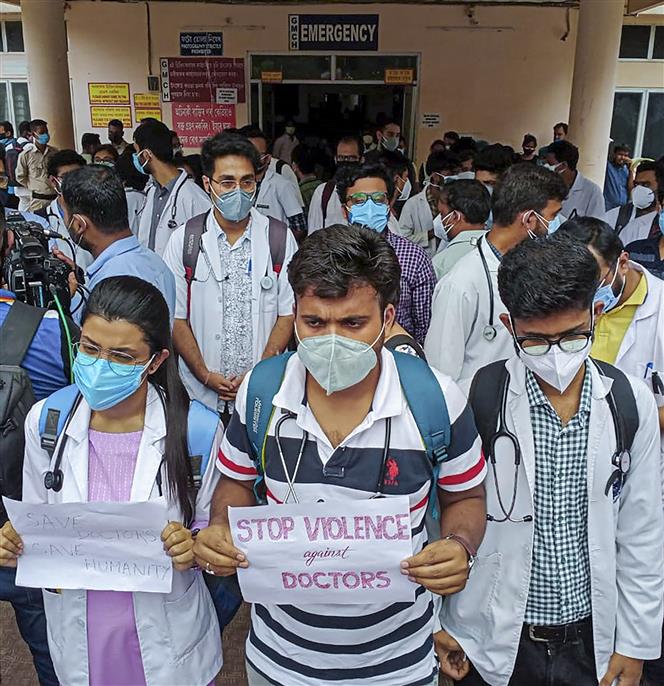 After alleged assault on a doctor at a Covid Care Centre in Assam’s Hojai district following death of a positive patient, another such incident has come to light from the state’s Hailskandi in which police has arrested two persons, including a woman, on Friday.

The two have been arrested for allegedly assaulting a government doctor on duty at the S K Roy Civil Hospital in Assam’s Hailskandi district recently, police said.

The arrested woman tested Covid-19 positive and has been admitted to the Covid ward of the hospital, Hailakandi Superintendent of police Ramandeep Kaur said.

The arrested persons have been identified as Rumpi Malakar and Himangsu, relatives of a patient brought to the hospital in a serious condition on May 27 who later died, following which the duo along with other relatives assaulted the Medical Officer Dr Gaurav  Bhattacharjee.

The doctor had later filed an FIR with Hailakandi Sadar police station and the police following investigations arrested the two, Kaur said.

Earlier on June One, a doctor was assaulted at a medical facility in Hojai district by relatives of a Covid-19 patient following which 24 people were arrested by the police.

The National Human Rights Commission (NHRC) took cognisance of the incident and sought an action-taken report from the state government within four weeks.

A video of the attack, which went viral on social media, purportedly showed the doctor being assaulted by a group of people, including women.

The Indian Medical Association Assam chapter had protested the attack on the on-duty doctor in Hajoi. — PTI