Allu Arjun celebrates Arya, the film that changed his life, as it turns 17 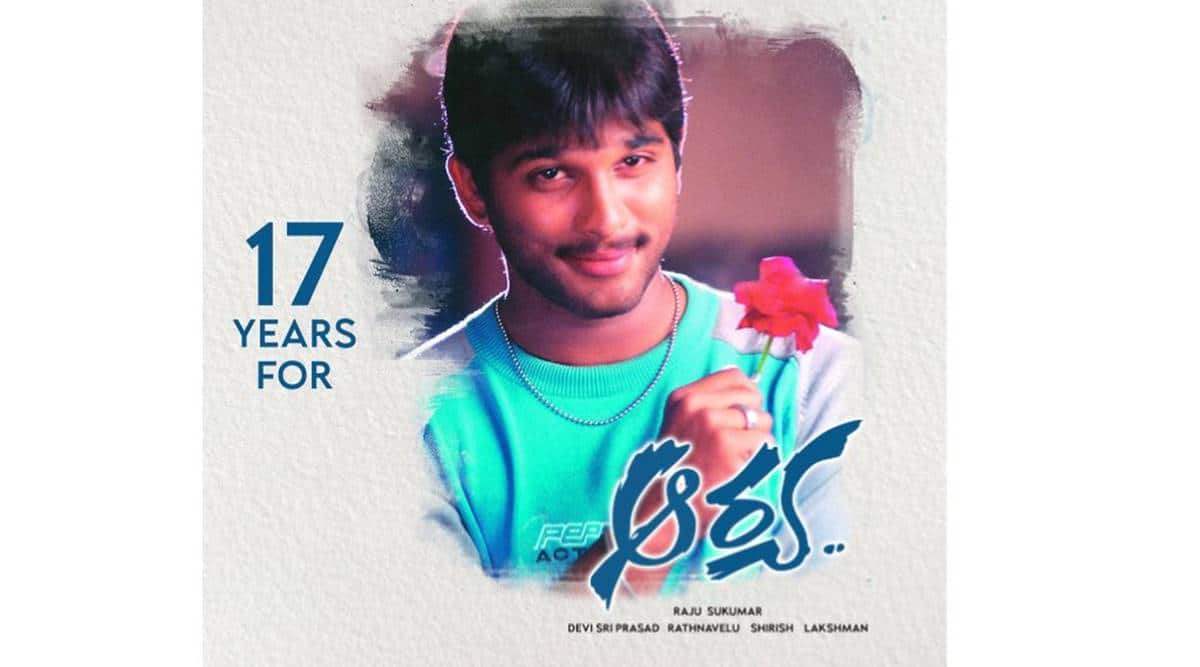 Tollywood superstar Allu Arjun on Friday posted about Arya, the film that made him the star he’s today. The blockbuster romantic comedy released 17 years ago today. And as Allu Arjun notes in his tweet, the film changed the lives of many people in the Telugu film industry.

“It’s 17 years of Arya today . It is the single most life changing experience of my life . It’s still the greatest miracle in my life. LOVE from the audience started showering on me after I said those golden words. “Feel my Love,” wrote Allu Arjun in his statement.

He also remembered people who worked behind the scenes for the film. “This Movie changed the lives of soo many people. It changed my course as an actor , Sukumar garu’s life as a director, DIL Raju garu’s life as a producer , DSP’s life as a Musician, Rathnavelu garu as a DOP , Bunny Vasu as Distributer then and many , many more Lives . We all the soo thankful to this one magic that came into our lives called ARYA We all will always cherish this as our greatest milestone in our lives . Thank you ! Gratitude forever (sic),” he added

The 2004 film was the directorial debut of Sukumar. Allu Arjun had played the role of an optimistic college student who falls in love with a girl already dating the most popular boy in the college. The catch is Allu Arjun’s Arya doesn’t expect his affection to be requited. As long as she acknowledges his feelings for her, he is happy. And it sort of became a cultural phenomenon by redefining the idea of love in mainstream cinema. The film was a huge hit at the box office and turned Allu Arjun into a sensational actor.

In 2009, Sukumar and Allu Arjun also made a spiritual sequel to the movie and called it Arya 2. The actor-director duo is working together again for the upcoming film Pushpa. The film’s shooting was stopped after Allu Arjun tested positive for the coronavirus.

Allu Arjun said that he has mild symptoms of the Covid-19. “Hello everyone ! I am doing well with very mild symptoms . Recovering well and nothing to worry . I am still in quarantine. Thank you so much for all the love you have been showing and the prayers you have been sending my way. Gratitude (sic),” he had tweeted earlier.