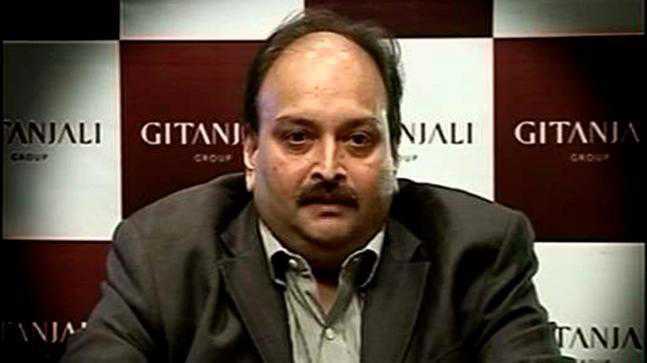 Antigua and Barbuda prefers that fugitive diamantaire Mehul Choksi be repatriated from Dominica to India directly, the Cabinet of the Caribbean island country decided in a meeting, local media reported.

The Cabinet minutes published by the media outlet show that “Choksi matter” was one of the agenda items discussed during the meeting on Wednesday where it was held that Choksi is now a “problem” of Dominica and if he comes back to Antigua and Barbuda the “problem reverts” to it.

India steadfast in resolve to bring fugitives back to country: MEA on Mehul Choksi issue

The meeting chaired by Prime Minister Gaston Browne and attended by all his ministers physically and virtually decided that law enforcement officials will continue to gather intelligence in the circumstances of Choksi’s “departure” from Antigua, media outlet Antigua Breaking News said.

“The preference of the Cabinet of Antigua and Barbuda is for Choksi to be repatriated to India from Dominica,” the Cabinet minutes said.

Choksi had mysteriously gone missing on May 23 from Antigua and Barbuda where he was staying since 2018 as a citizen.

He was detained in neighbouring island country Dominica for illegal entry after a possible romantic escapade with his rumoured girlfriend.

His lawyers alleged that he was kidnapped from Jolly Harbour in Antigua by policemen looking like Antiguan and Indian and brought to Dominica on a boat.

A Dominica High Court is hearing a Habeas Corpus petition filed on behalf of Choksi challenging his illegal detention.

He was also brought before Roseau Magistrate, on the orders of High Court, to answer charges of illegal entry where he pleaded not guilty but was denied bail.

Choksi and his nephew Nirav Modi had fled India in the first week of January, 2018 weeks before Rs 13,500 crore scam in the Punjab National Bank (PNB) rocked the Indian banking industry.

The duo allegedly bribed the officials of the state-run bank to get Letters of Undertaking on the basis of which they availed loans from overseas banks which remained unpaid.

The allegedly corrupt officials did not enter these LoUs in the core banking software of the PNB thus evading any scrutiny.

The non-payment of these LoUs or bank guarantees worth Rs 13,500 crore resulted in default and became a liability on the bank.

Modi escaped to Europe and was finally held in London where he is contesting his extradition to India while Choksi took citizenship of Antigua and Barbuda in 2017 where he had been staying since his escape from Delhi. PTI

Body of one worker retrieved from stone quarry accident site

The toll in the accident at a private stone quarry at Adaimithippaankulam in Tirunelveli district has risen to two, with National Disaster Response Force...
Read more
World

Most of the leaders who spoke at the Guru Vandana event organised by the Sakal Maratha Samaj in Belagavi on Sunday, demanded that the...
Read more
- Advertisement -