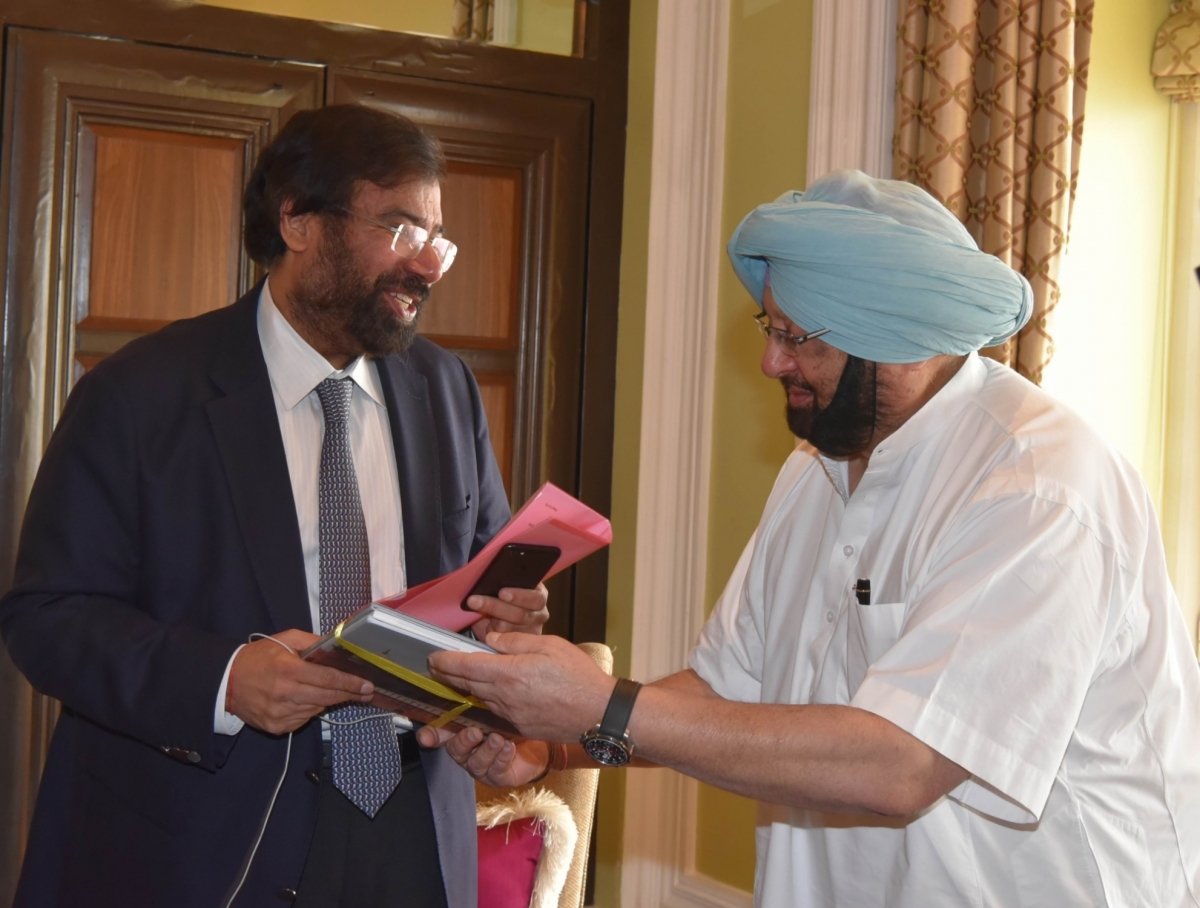 As infighting between two warring factions of Punjab Congress has intensified, Congress president Sonia Gandhi on Friday constituted a panel of senior leaders to resolve the issue. The three-member panel is headed by the leader of opposition in the Rajya Sabha, Mallikarjun Kharge, and has former Delhi MP JP Agarwal and Harish Rawat as its members.

As per media reports, the first meeting of the committee will be held in Delhi on Saturday to finalize modalities of discussions and the way forward. The objective of the panel is to bring a truce between two warring factions-one led by Chief Minister Capt Amrinder Singh and another by cricketer-turned-politician Navjot Singh Sidhu.

Infighting between Capt Amarinder and Sidhu started way back in July 2019 when the latter had quit the Cabinet after being divested of local bodies portfolio. The tussle has intensified over the sacrilege issue after Punjab and Haryana High Court last month quashed a probe report into the Kotkapura firing incident.

On May 10, senior ministers in the Capt Amrinder Singh government had urged the Congress high command to take strict action against Sidhu. Terming Sidhu’s onslaught on the Chief Minister as an act of gross indiscipline and an attempt to undermine the Congress government in the state, the ministers said the MLA’s personal attack on Captain Amarinder was an anti-party act, which called for immediate disciplinary action.

The cabinet ministers, including, Brahm Mohindra, Sunder Sham Arora, and Sadhu Singh Dharamsot, came out in strong criticism of Sidhu’s actions and open criticism of the Congress Chief Minister while being an elected MLA from the same party.

Earlier on May 8, attacking the Chief Minister, Sidhu said that due to the incompetence of the home minister, the state government is now forced to accept the orders of Punjab and High Court in the Kotkapura firing case.

Sidhu on May 22, challenged Captain Amarinder Singh and his camps’ claim that he wanted important positions in the cabinet and party and demanded the post of Deputy Chief Minister and portfolio of the home department.

He claimed that he never asked for any such position rather he refused the offer of joining the cabinet more than once.

Prove one meeting that I have had with another Party’s leader ?! I have never asked anyone for any post till date. All I seek is Punjab’s prosperity !! Was invited & offered Cabinet berths many times but I did not accept
Now, Our Esteemed High Command has intervened, Will wait… pic.twitter.com/bUksnEKMxk

Sad !! Due to incompetence of Home Minister, Govt is forced to accept orders of the High Court, which the People of Punjab are standing up against. Giving 6 months to New SIT, extends the delay of Govt’s biggest poll promise, unfortunately up-to next elections code of conduct 1/2 pic.twitter.com/gITIvcIwD9

Minister inaugurates 3-day conference of the Indian Institute of Architects Disclaimer: This post has not been edited by our staff...
Read more
Entertainment

Kangana Ranaut, who never minces her words, has yet again spoken in support of South films. Hailing their ability to stay connected with their...
Read more
National

Minister for Housing Jogi Ramesh said that the State government will come to the rescue of the farmers who lost their crops due to...
Read more
Trending

The Centre has discontinued the tide-over allocation of wheat to the State amid concerns of a fall in stock available with the Food Corporation...
Read more
- Advertisement -

IPL 2022: KKR vs SRH live-stream, squad, timings and everything you need to know about today’s match

Massive fire breaks out at Guru Nanak Dev Hospital in Amritsar; no casualties so far, patients being evacuated

After UP, BJP sees in bulldozers a ticket to election victories

Air passengers being charged for boarding passes? Minister promises to look into incident