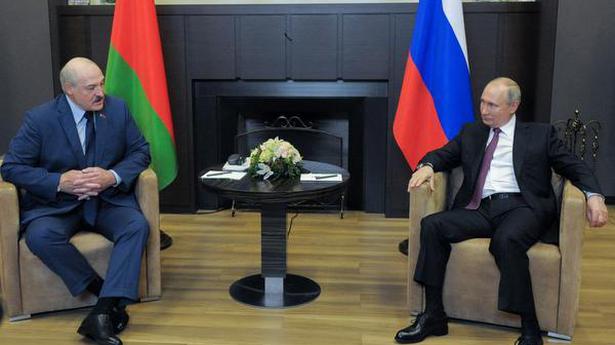 The United States on Friday announced punitive measures against Belarus targeting the regime of strongman President Alexander Lukashenko, who met with Russian leader Vladimir Putin amid a global outcry over the forced diversion of a European plane.

White House Press Secretary Jen Psaki called for “a credible international investigation into the events of May 23,” which she called “a direct affront to international norms.”

Belarus scrambled a military jet to divert a Ryanair plane and arrested 26-year-old opposition journalist and activist Roman Protasevich who was onboard, triggering a global outcry.

The White House announced it was working with the EU on a list of targeted sanctions against key members of Mr. Lukashenko’s regime.

Meanwhile, economic sanctions against nine Belarusian state-owned enterprises, reimposed by Washington in April following a crackdown on pro-democracy protests, will come into effect on June 3.

Further U.S. moves on Belarus could target “those that support corruption, the abuse of human rights, and attacks on democracy,” Ms. Psaki said.

The White House also issued a “Do Not Travel” warning for Belarus to U.S. citizens, and warned American passenger planes to “exercise extreme caution” if considering flying over Belarusian airspace.