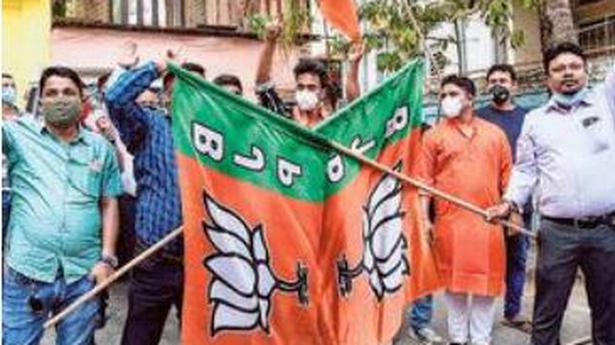 Contrary to popular wisdom and what was reported in some sections of the media, the Lokniti-CSDS post-poll survey data does not find welfare schemes to have been a decisive factor for the National Democratic Alliance’s (NDA) performance in the Assam Assembly election. The survey indicates that not many households benefited from the State government’s welfare programmes. This was highlighted when the names of at least nine schemes launched by the State government were read out to the respondents — upon being asked if they or a household member had benefited from any of these schemes, nearly half of the households said they had not benefited from any of them and only about 42% said they had benefited from a scheme or two.

However, among the beneficiaries, the NDA enjoyed a comfortable edge. The only schemes that had a fair amount of beneficiaries were the ‘Orunodoi’ (a fixed monthly sum to one woman in the household) and the ‘Chah bagichar dhan puraskar mela’ (financial aid to tea garden workers). About a quarter of voters (23%) claimed that the Orunodoi scheme was helpful to them; of those, 59% voted for the NDA, 27% more than Mahajot. Among non-beneficiaries of Orunodoi, NDA lagged by 9%. Notably, the respondents were more likely to have benefited from the Central government’s schemes, such as the Pradhan Mantri Ujjwala Yojana (43%) and the Mahatma Gandhi National Rural Employment Guarantee Act (31%).

Further, among those who claimed to have received cash in their bank accounts, the NDA had an edge of 9% votes over the Mahajot, while among those who did not receive cash, it lagged by 7% votes.

The author is a Researcher at Lokniti-CSDS, Delhi