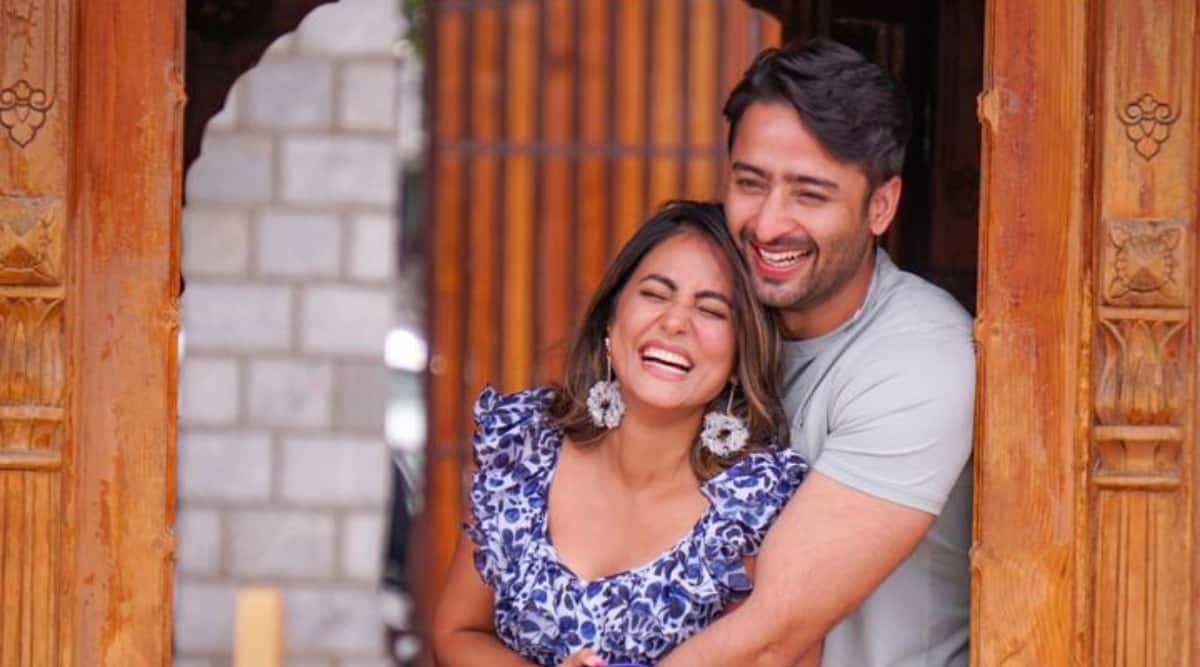 Hina Khan and Shaheer Sheikh’s much anticipated music video “Baarish Ban Jaana” is here. Crooned by Stebin Ben and Payal Dev, the song seems like a sequel to their earlier projects “Baarish”, which had a similar tune. The popular small screen stars impress with their performance while the song too has a melodious feel, making it worth your time.

“Baarish Ban Jaana” has Hina and Shaheer playing a celebrity couple, who shoot for a romantic project after parting ways with each other. The series of events get them to reminisce about their happy times and how they manage to rekindle their romance is for fans to see. While Hina looks glamorous in her ‘heroine’ avatar, Shaheer aces in the brooding lover part. The couple also seem to have a sparkling chemistry and would definitely work well in a longer format project.

As for the song, Payal and Stebin have been churning out romantic songs, and this one too joins the list. While the song itself is nothing to write about, the melodious tune and the actors’ performance makes it a delightful watch. Produced by Vyrl Originals, the music video has been helmed by Commando 3 director Aditya Datt, who seems to have done a fair job.

Recently, while sharing a BTS from the shoot, Hina Khan had revealed how the actors had shot in extreme cold and rain. She mentioned how it’s all ‘so soothing and romantic visually’ but is a ‘lot of effort and hard work in real life. “This is How we were tortured in Minus degree temperature with ice cold Barish..And how beautifully this Mahila ???? @poojasinghgujral named this ice cold torture as BAARISH BAN JAANA.. It seems so soothing and romantic visually I know, but it’s a lot of effort and hard work.. And in the end it’s all worth it.. We love serving you guys ????.”

In another video shared by Hina, the Yeh Rishta Kya Kehlata Hai actor thanked Shaheer for lending his jacket in the freezing temperature. He was quick to reply as he wrote on her post, “You are welcome.. but I guess after I took off my jacket I was freezing too ????.”

Hina and Shaheer shot for “Baarish Ban Jaana” in the month of April, and while she was on the shoot, Hina’s father passed away due to a cardiac arrest. The actor had rushed back home and was soon after detected with Covid-19.

On the work front, Shaheer is awaiting the launch of the new season of his Sony TV show Kuch Rang Pyaar Ke Aise Bhi, while Hina has been busy working on various campaigns.

There are fears that the species may become extinct in Sigur and Moyar unless urgent measures are taken to...
Read more
World

This is the sixth time that Ranil Wickremesinghe has been appointed the prime minister of Sri Lanka, although he has never finished a term. This...
Read more
National

Tidal waves hitting the coast, near the Naval Coast Battery, under the influence of the Cyclone Asani, in Visakhapatnam on May 9, 2022. Photo:...
Read more
Trending

A video of Shah Rukh Khan from the 2008 Berlin International Film Festival is being circulated on social media after Mahesh Babu’s controversial remarks...
Read more

Before arriving in France for the upcoming Cannes Film Festival, Deepika Padukone made a stopover in California, where she attended a Louis Vuitton event...
Read more

Kiara Advani recalls being rejected by designers when she was a ‘nobody’, defends Karan Johar from nepotism hate

Kiara Advani in an interview recalled the time when she was rejected by designers at the start of her career, but only Manish Malhotra...
Read more

Trust Richa Chadha to pick unconventional projects and characters. She hopped on to the OTT bandwagon with Inside Edge in 2017, long before the...
Read more
- Advertisement -