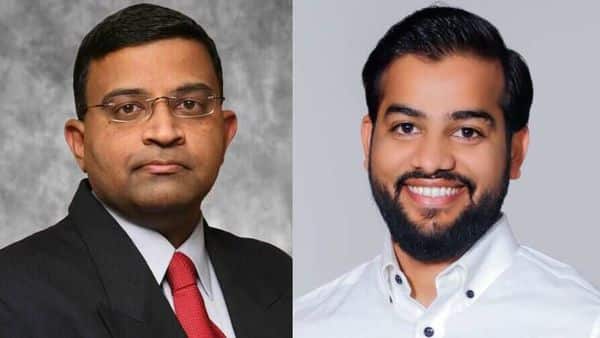 NEW DELHI : A think-tank for startups, IndiaTech.org, has come out with a five-point policy recommendation for regulating cryptocurrencies in India, including defining cryptocurrencies as digital assets, a system to register homegrown exchanges and tax regulation. Established by domestic consumer internet giants such as MakeMyTrip and Ola, IndiaTech.org had earlier worked with the Securities and Exchange Board of India on listing and differential voting rights, and released guiding principles on the gaming sector. Mint spoke with Rameesh Kailasam, chief executive officer (CEO) and president, IndiaTech.org and Sumit Gupta, co-founder and CEO, CoinDCX, on key expectations from the government and how negative perception of cryptocurrencies can be addressed. Edited excerpts:

Please take us through key suggestions that you have made through this paper.

Kailasam: The purpose of this whitepaper is to establish why crypto is important and why India needs to look at it differently from the way it is looked at. We have come out with policy recommendations to address all the concerns that we heard from different stakeholders, both within and outside the government, including consumers.

There are two ways of embracing cryptocurrencies. One is you call it a currency, which puts everything at threat for the legal tender. The other way is to treat it as a crypto asset similar to gold or other marketable securities, and then build the checks and balances around it. So, we came up with five broad recommendations.

The first is, define crypto as a digital asset and introduce a system of registering homegrown crypto exchanges in India so that the mechanism of trade occurs within our geographical boundaries. Second, introduce a system of checks and balances, because the majority of concerns are regarding disclosures, traceability and money laundering. The third is taxation and how do you account for it, because currently there are no standards and no accounting disclosure criteria. The only regulation that we have is that recently the ministry of corporate affairs made it mandatory for companies to disclose the amount of crypto assets they hold. We have also come out with suggestions on how to safeguard retail investors and the last one is regarding certain self-regulations.

If we want to have a progressive approach and slowly understand and adopt crypto, then this is the approach we might have to take.

What is the current mood that the industry is sensing from the government in terms of regulations?

Gupta: On 29 January, there was a mention of presenting a draft bill that was supposed to be tabled in Parliament, and after that, there were talks of an ordinance, which has not been taken forward. Now, the perception of the government has slightly changed. Earlier, there were discussions only coming from the RBI side, where they were talking of a ban. Now, if you look at the government statements, they are open to a calibrated approach. Still, nobody knows what the right answer is as to how to regulate the industry. We feel that government is more open to it. While RBI has some concerns, these are primarily in terms of bitcoin as a currency. I think in the few months before the monsoon session, we will talk to the regulators, and hopefully be able to convince them why the crypto ban is a bad idea and why it should be regulated.

Reportedly, banks are wary of providing support to crypto exchanges. What steps are you taking as an industry?

Gupta: The challenge is that in April 2018, banks received a circular from the RBI stating that they are not supposed to work for the crypto businesses. However, this circular was lifted by the Supreme Court in March last year. Still, banks have not received any communication from the RBI stating that banks can now start supporting crypto businesses. So, now it is up to the banks’ discretion. Moreover, because of the news around the crypto ban, banks have been taking a conservative approach, which is hurting the crypto industry. We have been engaging with the banks, but they are expecting communication from the RBI. We are also trying to engage with the central bank, but no proper response has come so far.

The general perception is against cryptocurrencies. Rakesh Jhunjhunwala in the past suggested India should ban bitcoin, and recently, Charles Munger said he “hates bitcoin’s success”. What is your view on that?

Gupta: In 2014, when I was new to crypto, I had a different perspective. But when I started reading more and more, my thinking changed. Many people have turned positive on it. There are CEOs of major companies such as PayPal and Square, who were not talking about it three years back, but now have realized the importance of crypto, especially after covid-19 where massive money printing is happening. I think it is a matter of time that perspective evolves.

Income Tax Calculator: After rising to 19-month high in March 2022, gold prices have nosedived after US...
Read more

With the retail prices of wheat and wheat flour rising by 14-20% in the last one year, the government, on May 13, banned wheat...
Read more
- Advertisement -