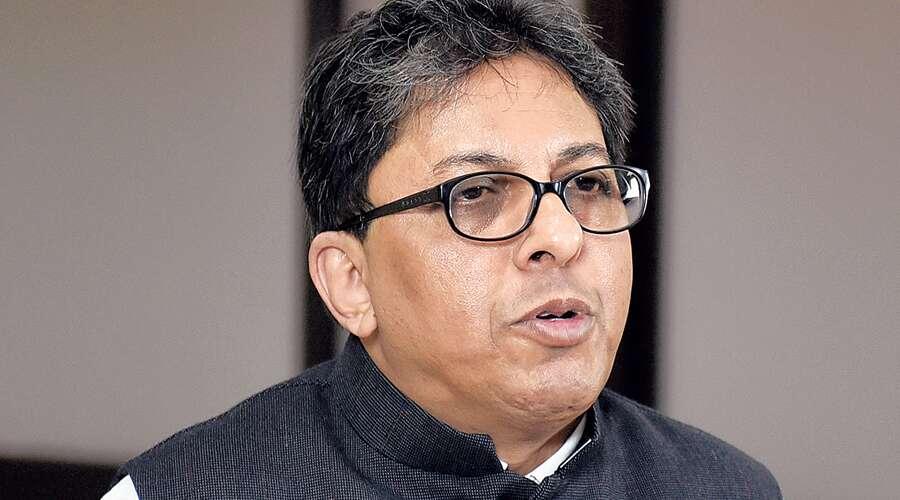 In the midst of the tug-of-war between the Centre and the state over the issue of his central deputation, West Bengal Chief Secretary, Alapan Bandopadhyay, is left with a day to decide his future course of action.

Indications are that the top bureaucrat, who has got an extension of three months in service, is likely to attend a meeting convened by the Chief Minister on the Covid situation and might not go to Delhi on Monday.

Bandopadhyay, who was supposed to retire on May 31, got an extension of three months on May 24 to continue as the Chief Secretary of the state. He was given the extension by the Centre on the basis of a request of the state government but on May 28, the Centre’s Department of Personnel and Training wrote a letter to the state urging Bandopadhyay to be present before the department at 10 a.m. on May 31. The state government has also been asked to relieve him.

The transfer order triggered political controversy and Chief Minister Mamata Banerjee made it clear that the state is not willing to release Bandopadhyay because he is needed in the state and not at the Centre.

She also hinted at exploring legal action to counter the Centre’s “unilateral decision” without consulting the state. Though Bandopadhyay was not available for comment, sources close to the Chief Secretary indicated that he is not willing to go to Delhi on Monday and continue on to work on his post in the state.

“If the state doesn’t give him a release, then he cannot join any other department. So, it all depends on the state to decide the future of Bandopadhyay. So long he is not released, he is the Chief Secretary of the state and he will have work there only,” a former bureaucrat said.

Bandopadhyay went to Nabanna on Sunday evening at 4.50 p.m. and was in the office as of the evening. Though details of his reason behind going to the state secretariat was not known but indications are strong that Bandopadhyay might communicate with the Centre, apprising them of the present situation.

Procedure not followed by Centre

The letter of recall, however, has triggered widespread controversy in the political as well as in the bureaucratic level.

Former Chief Secretary Ardhendu Sen also criticised the Centre on the issue. “This cannot happen. A bureaucrat cannot be transferred in this way without following any rules and the state government has every justification to go to the court,” Sen said.

Another former Chief Secretary of the state said: “Alapan will retire on May 31. His extension for 3 months was only in the post of Chief Secretary as per the provision of Section 16(1) the All-India Services (Death-Cum-Retirement Benefits) Rules, 1958, whereby all ‘All India Service Officers’ normally retire at 60, but on the recommendation of the state government, an extension of upto 6 months can be given. If he joins the Central Government on the date he was to retire, he cannot continue beyond the date since his extension was only against the post of Chief Secretary.”