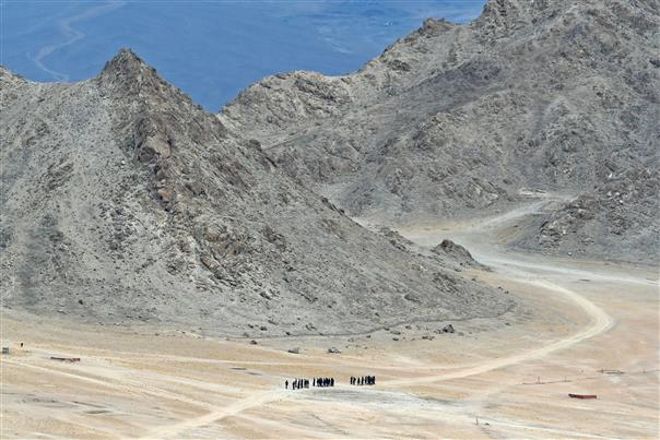 India has “noted” the signing of a memorandum of understanding (MoU) on Thursday between Bhutan and China on “three-step roadmap for expediting the boundary negotiations” which may also include discussions on Doklam.

“Bhutan and China have been holding boundary negotiations since 1984 just like India,” said MEA spokesperson Arindam Bagchi. Asked if Doklam is among the boundaries being discussed and could be part of the resolution package that would give control over it to China, Bagchi said, “For the moment, I will limit myself to these comments.”

Pact may include talks on Doklam

The announcement is not sudden. During an expert group meeting in Kunming in April this year, Bhutan and China had agreed on the “three-step roadmap” to help expedite the ongoing boundary negotiations.

China-Bhutan boundary talks traditionally focus on two areas. One is two valleys — Pasamlung and Jakarlung — and the other is Doklam, along the trijunction with India. Around the time of the Galwan Valley incident last year, China had opened a new front by raising objections about Sakteng Sanctuary in Bhutan about which there was no discord earlier.

“The MoU will provide a fresh impetus to the boundary talks. It is expected that the implementation of this roadmap will bring the boundary negotiations to a successful conclusion that is acceptable to both sides,” said the Bhutanese government in a statement.

The recent acrimonious eviction of a colony that literally existed bang in the middle of Chennai, at Govindasamy Nagar, is only an indicator of...
Read more
- Advertisement -