Call for free vaccination for all gaining ground 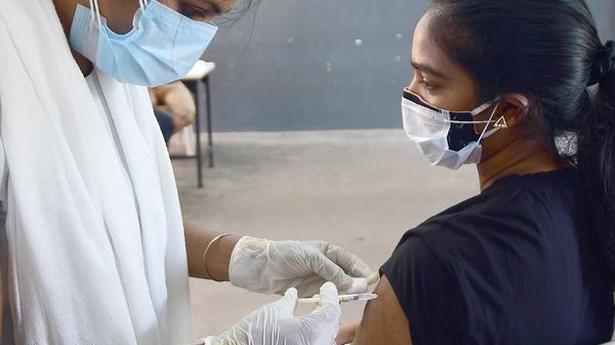 Pricing the vaccine will cut access for many, including urban poor and rural population: activists

Not everyone can afford to pay for the COVID-19 vaccine. Hence, a demand for making the vaccine free for all has gained momentum, with social and health activists pointing out that offering the vaccine at a cost in the private sector will reduce access for many, including the urban poor and the rural population.

When the emphasis is on vaccinating more people, pricing the vaccines, especially for the 18-44 age group, could have a huge bearing on different sections. With the vaccines priced at ₹900-₹1,200 in the private sector, affordability is a key factor that may keep many away, a section of activists says.

G.R. Ravindranath, general secretary of the Doctors Association for Social Equality, says the lockdown led to economic constraints and unemployment for many, with middle-class families being one of the worst affected. “If a family has five to six members, not everyone can get vaccinated owing to the affordability factor. As such, awareness is key to getting vaccinated, but not much awareness has reached rural areas. Similarly, the urban poor will not pay for vaccination as they have already been hit financially,” he said.

The Centre has allocated ₹35,000 crore for the vaccination programme in the Budget. “What is being done with this fund? The government did not utilise public sector units for producing vaccines. Like Kerala, more States should demand free vaccination in the private sector,” he says.

C.S. Rex Sargunam, president of the Tamil Nadu Health Development Association, argues that complete vaccination of the 18-44 age group is crucial to protecting the paediatric population from COVID-19. “Everyone cannot afford to pay for vaccination. People who are aware and have money will get vaccinated. As a result, many will be left behind…”

Rahul Kapoor, a Delhi-based social activist, who started a petition on change.org urging the Centre to provide free vaccination for all, says, “Starting with registration on CoWIN to paying ₹900-₹1,200 for vaccines at private hospitals, the entire process is a niche process. How will the poor afford to pay for vaccines? How will people in rural and tribal areas with no access to the Internet register on CoWIN? Universal free vaccination, such as the polio vaccination, should be followed.”

Already, there are many myths surrounding vaccination, he says. “The government must bust these myths, raise awareness and take up door-to-door vaccination. There should be an equal distribution of vaccines.”

In his petition, which garnered nearly 1.14 lakh signatures, Mr. Kapoor notes that while many States have announced that they will provide free vaccines to their residents, citizens of the country cannot be discriminated against based on the State they live in. He has urged the Centre to remove all caps and prices on the vaccines and make one single rule — free vaccination for all in India.

Food Safety licence /registration is mandatory for all food business operators (FBO) in the State and all FBOs should have secured the FSSAI licence...
Read more