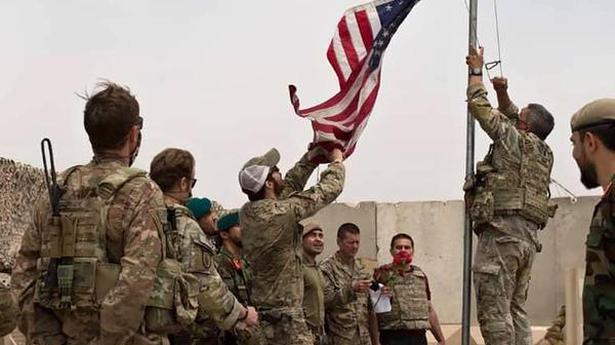 The trilateral dialogue, started by China, would address “new uncertainties” in the wake of “the unilateral withdrawal of U.S. and NATO forces at a critical stage” of the reconciliation process

China on Thursday will chair a meeting with the Foreign Ministers of Afghanistan and Pakistan, as Beijing looks to step up its engagement with both Kabul and Islamabad amid the withdrawal of U.S. forces.

China’s Foreign Ministry said on Wednesday the fourth meeting between the three countries’ foreign ministers will be held via video link and would be chaired by China. The trilateral dialogue, started by China, would address “new uncertainties” in the wake of “the unilateral withdrawal of U.S. and NATO forces at a critical stage” of the reconciliation process, the ministry said.

The U.S. Central Command said this week between 30-44% of the withdrawal of troops had been completed, with President Joe Biden announcing in April a complete withdrawal by September 11 this year.

The three countries’ vice foreign ministers, at a virtual dialogue in July, had “urged for an orderly, responsible and condition-based withdrawal”.

Afghanistan’s Ambassador to China, Javid Qaem, was quoted as telling Chinese media this week that China’s “good relations with both Afghanistan and Pakistan” could see Beijing playing “a critical role in building trust between these two neighbouring countries”.

The Afghan envoy “appreciated China’s offer to facilitate Afghan peace talks in the future,” the official Xinhua news agency quoted him as saying, noting that Foreign Minister Wang Yi had in a May 17 phone call with Afghan National Security Advisor Hamdullah Mohib offered “to facilitate internal negotiations among various parties in Afghanistan, including creating necessary conditions for negotiations in China.”

He also called on India and China to work together despite their other bilateral problems. “Afghanistan being a stable country is in favour of countries such as the U.S., China and India,” the Communist Party-run Global Times quoted him as saying. “It is more important how we and Pakistan can build trust and how China and India can build trust regarding Afghanistan regardless of other issues.”