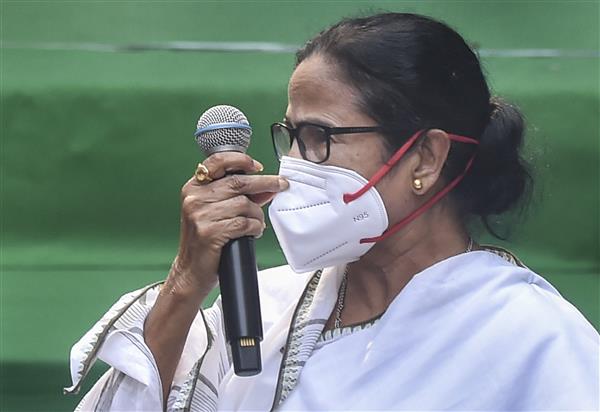 The BJP on Tuesday dubbed the Mamata Banerjee government in West Bengal as “fascist” and compared the ruling TMC with Nazis.

The saffron party alleged its cadres were killed by TMC workers after the assembly poll results and that Bengal is burning because of “state-sponsored violence”.

BJP spokesperson Sambit Patra said “such scenes have never been witnessed in the country’s electoral history”.

Stating that the party will firmly stand behind its cadres in Bengal and support them in this hour, Patra attacked Mamata saying that “one should be gracious after winning polls”.

According to Patra, 2.28 crore Bengalis voted for the BJP. “Mamataji you have won, and everyone has congratulated you for it. You are a woman and the daughter of Bengal. Are these women who are being killed and raped not daughters of Bengal…. Do they deserve this,” he questioned.

State leader Anirban Ganguly added that people who voted for the TMC should ask whether what is happening in Bengal is right.

“Whatever the TMC is doing is very close to Nazi Germany’s fascism. This is a fascist government. Such incidents do not take place in a democratic government,” he said, also questioning the “silence” of leaders of other opposition parties.

Roads and Buildings Minister Dadisetti Ramalingeswara Rao has appealed to women to download the Disha app on their mobile phones and seek help from...
Read more
Trending