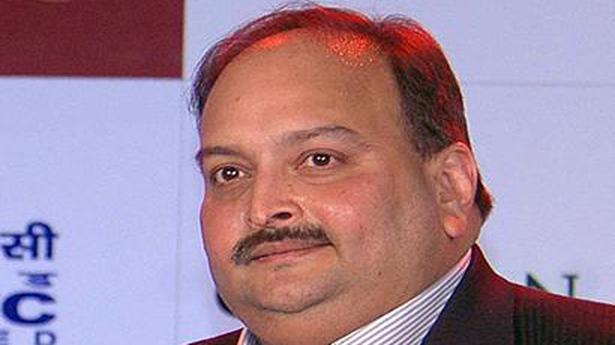 Hearing began on Wednesday against fugitive businessman and diamond trader Mehul Choksi at a court in Dominica, where he is facing charges of entering the island territory illegally.

Opposing the public prosecutor in the court, Mr. Choksi’s team said he was “traumatised” after being tortured in custody of alleged kidnappers, who took him from his residence in nearby Antigua where he had acquired citizenship.

The hearing will continue on Thursday. The case had taken a turn against Mr. Choksi after Antigua and Barbuda Prime Minister Gaston Browne claimed that Mr. Choksi had left his residence there out of his free will with a female companion and that Dominica should hand him over to the Indian authorities, who were expecting that country to carry out the International Red Corner Notice against Mr. Choksi, accused of defrauding the Punjab National Bank and the State Bank of India of ₹13,500 crore.

On Wednesday, Mr. Choksi’s team claimed that his human rights were violated ever since he was allegedly “abducted” from Antigua. “My husband is in hospital and I have been able to speak to him. He is traumatised and has lots of wounds. He was also mentally tortured. We are deeply anguished by comments of Antigua PM Browne,” Priti Choksi told WION, a TV channel.

During the hearing, Mr. Choksi’s team also raised questions about a female friend who allegedly plotted his removal from Antigua to Dominica. Lawyers appearing for Mr. Choksi argued that he is an Antigua citizen and he should be sent back to Antigua.

Antigua maintains that Mr. Choksi remains an Indian citizen. Indian authorities who are closely watching the case maintain that Mr. Choksi should be extradited to India as he committed crimes while being an Indian citizen before taking the Antigua citizenship. Mr. Choksi’s team maintains that he should be sent to Antigua to face trial there where he enjoyed protection against immediate deportation to India.