Debut for senior team at Olympics will be a fairytale, says defender Manpreet Kaur 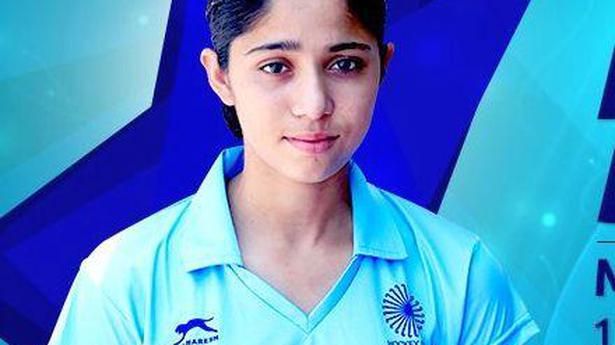 After gaining useful experience and exposure representing the junior team around the world, Manpreet Kaur earned her maiden call-up for the senior group in January last year.

Aspiring to make her “fairytale” debut for the Indian women’s hockey team at the upcoming Tokyo Olympics, young defender Manpreet Kaur is focussed on staying at the top of her game by putting in the hard yards.

After gaining useful experience and exposure representing the junior team around the world, the 22-year-old earned her maiden call-up for the senior group in January last year.

“Debut for the senior national team at a dream event like the Olympics will be a fairytale for me. I mean, it will be a different feeling altogether, but I want to keep my feet on the ground and continue doing my hard work,” Kaur was quoted as saying in a media release.

“Team selection is not in my hands, but I would say this phase is really exciting. It is bringing the best out of me in our training, and I would like to continue doing it without bothering about the team selection.

“We all are pumped up, and just working hard, making each and every day count in the training,” she added.

Speaking about the transition from the junior to senior camp, Kaur said one needs to adapt quickly.

“You are surrounded by all the experienced players on and off the field, so there is so much to learn every day.

“Things are very different to what I experienced when I was with the junior team. From training to diet to fitness, everything is at a different level here, and you need to adapt to it as quickly as possible.” Kaur was also a part of India’s recent Argentina tour, which was her maiden international tour with the senior national team but those were only practice matches.

“I was also given a chance by the coaches to express myself on my maiden international tour with the senior team.

“I was very nervous, but the senior players motivated me, and match-by-match, I kept gaining confidence, so it was a great learning experience even though those were practice matches.” Born in Shahabad Markanda, Kaur is also product of Shahabad Hockey Academy, like skipper Rani, experienced forwards Navjot Kaur, and Navneet Kaur.

“I have followed Rani di, Navjot di and Navneet di from very close quarters while growing up. Just like other girls in Shahabad, I also idolised Rani di.

“She is my biggest inspiration, and it’s a special feeling to spend time with her at the camp. She guides young players like me in the right direction, and she is the biggest motivator in the team,” she concluded.

IPL 2022 | Moody bats for Williamson at the top