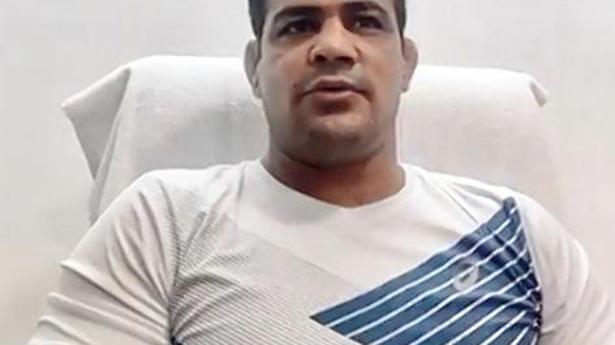 Kumar along with other accused have been named in the FIR of murder, abduction and criminal conspiracy at Model Town police station in North West Delhi, said police

Delhi Police on Monday issued a Look-out-Circular (LoC) against the Olympic medalist Sushil Kumar who is absconding after he was named in the murder of a 23-year-old former junior national champion in North West Delhi.

Police said that after the two other victims who were also thrashed during a brawl at parking area of Chhatrasal Stadium, have recorded their statement before police and Confirmed presence of Kumar during brawl.

“The technical surveillance has also confirmed the location of Kumar in the Stadium during brawl. We are conducting raids in Delhi-NCR and Uttarakhand to arrest him,” said a police officer.

He added that Kumar’s location was traced in Haridwar then he took a shelter at an Ashram in Rishikesh. Thereafter he traced in Haryana. He is continously changing his location to evade arrest.

Kumar along with other accused have been named in the FIR of murder, abduction and criminal conspiracy at Model Town police station in North West Delhi, said police.

Kylian Mbappe, who scored 25 league goals for PSG this year, was named the best player of the 2021 Ligue 1 season, but refused...
Read more

It was a Sunday dawn marinated in grief for the cricketing world and the news from Down Under was grim. Former Australian all-rounder Andrew...
Read more
- Advertisement -