Ebhabei Golpo Hok review: A frustratingly ineffective film that should not have existed

Team from Pak to take part in SCO Delhi meet 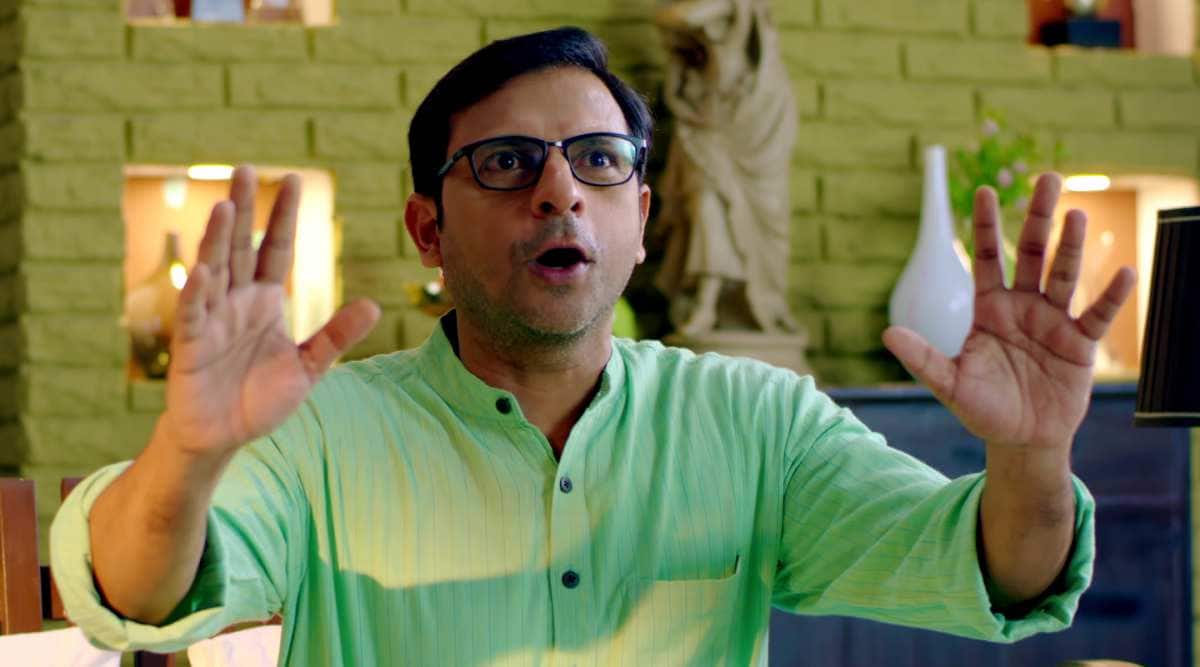 If art imitates life, life provides fodder to art. Merit of both relies on the worth of the connector: stories. Rohan Sen’s Ebhabei Golpo Hok is preoccupied with depicting the extent to which one leaks into the other. But the frustratingly ineffective film lacks both the craft and the vision to tell them apart.

It opens with a director announcing his decision to make a love story after the failure of his last few films. He sits with who appears to be an agent, narrating the script in the hope to convince the producer. Sen uses this as a premise to showcase the love story in question. What pans out is so listless that it makes no sense why anyone would choose it to revive their career. But throughout the runtime of the film, there also exists zero evidence to suggest the director Avijit Mukherjee (Joy Sengupta straight from the sets of Hate Story) knows his job. Granted he is merely a segue but the characterisation is so lazy that he does not even fit into a cliche.

Crafted as a film within a story, Ebhabei Golpo Hok buffers obvious criticism with its format. For instance when Avijit narrates a story where a middle-class mother bribes in lakhs to sever her daughter’s relationship, the heightened exaggeration works for it plays on our suspension of disbelief pertaining to films. One can read it as a critique of the many mainstream outings which feature lack of logic as a plot point. This is almost clever even though it drags for an hour and feels like three. But Ebhabei Golpo Hok is a kind of film what makes you feel smart by being so dumb.

It insists that the love story in question, which barely works in the fictional realm, is in fact real. The second half shifts to the man who after being tricked by a middle-aged woman from North Calcutta returns to the city from Asansol. On losing the love of his life, he has become an author. Avijit is interested in adapting his story and decides to meet him.

Once these two narrative strands intersect, the film devolves into an unforgiving tedious affair. With the saving grace of vagueness removed, Ebhabei Golpo Hok reveals itself to be a train wreck with no foresight to distinguish between art and life. It is a film so naive that it probably believes every word in personal essays is true, stories write themselves and that the sole prerequisite for writing is being sad.

The performances are in line with the film which is to say they are uniformly unimpressive. Picking on one would be doing disservice to the other. One can exonerate Ebhabei Golpo Hok as a spoof. But then again it would be giving the film more credit that it deserves.

Trust Richa Chadha to pick unconventional projects and characters. She hopped on to the OTT bandwagon with Inside Edge...
Read more
National

Inflation soars near eight-year high to 7.8% in April; India adopted people-centric strategy against pandemicInflation faced by Indian consumers shot up to a nearly...
Read more
Technology

PS5's May restock is here. Today at 12pm noon, both variants of Sony's elusive next-gen console — the Rs. 49,990 Blu-ray-equipped PS5, and its...
Read more
National

A week after the government refuted the World Health Organisation’s figures for deaths during the Covid pandemic, Prime Minister Narendra Modi called for a...
Read more
Entertainment

Trust Richa Chadha to pick unconventional projects and characters. She hopped on to the OTT bandwagon with Inside Edge in 2017, long before the...
Read more

Hollywood star Emily Blunt will play the lead role in Pain Hustlers, a criminal-conspiracy film to be directed by David Yates. Yates, known for...
Read more

A Simple Favor team of actors Anna Kendrick, Blake Lively and director Paul Feig are set to return for a sequel to the 2018...
Read more

Puzhu movie review: An in-form Mammootty makes us empathise with a bigot