Explained | Why are serology surveys important? 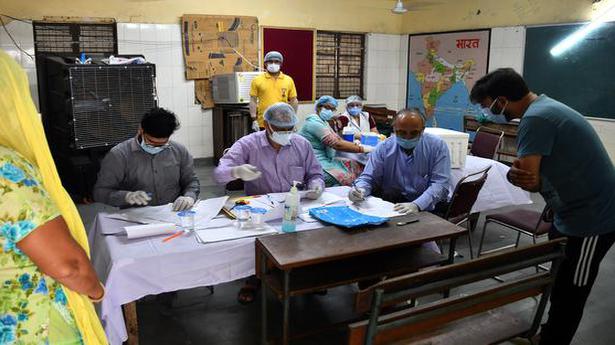 Does the knowledge of the extent of exposure to COVID-19 help to plan for the next wave? Why is the ICMR unlikely to launch a fourth study any time soon?

The story so far: Since the pandemic began in 2020, the Indian Council of Medical Research (ICMR) conducted three countrywide serosurveys to measure the spread of infection due to the SARS-CoV-2 virus. The third one (from December 17-January 8) showed that 21.5% of the population had been exposed to the virus. Up to May 23, India has been able to fully vaccinate only 3% of the population and only 10.9% had received one dose. There are indications that the ICMR is unlikely to immediately undertake a fourth national serology survey to estimate the extent of exposure to the coronavirus since January this year.

Why are serology surveys important?

Serology surveys take blood samples from participants and measure antibodies to check past exposure to the virus. From about 10 days after infection, antibodies grow to sizeable numbers in most patients. As some studies show, they start to decline after five to six months. Researchers are more interested in a class of antibodies called Immunoglobulin G (IgG), that persist the longest and latch onto the coronavirus to prevent them from proliferating and so their longevity and numbers are proxies to immunity against future infection. Because the SARS-CoV-2 virus is new, there is uncertainty on how long these antibodies actually last. Serology surveys are thus a crude measure of what proportion of a population is likely to be protected from a second infection; this can be used by planners to decide on future health-care capacity and opening up the economy.

How many serology surveys have been conducted so far?

The ICMR has conducted three national serology surveys since May 2020 and found that the exposure to the virus was several times that reported by confirmed cases. The third serosurvey that measured the spread of infection from December to early January found that 21.5% of India’s adult population and 25% of those between 10-17 years old may have been infected. Before that in August-September, it was 7% and the first survey, May-June 2020 estimated infection rate at 0.73%. The ICMR survey spanned 70 districts, across 21 States, that were meant to include high and low prevalence of the infection as well as the spread of the infection in rural and urban India and enrolled about 28,000 individuals. Subsequent surveys were conducted in the same districts but included those from 10-17 years as well as health-care workers. There have also been several city specific surveys in Pune, Delhi, Mumbai, Chennai — sometimes several rounds — to assess spread among various districts. Many of these surveys, at least before the second wave struck, appeared to suggest that over 50% of the population in urban clusters may have been exposed to the virus.

Why is the ICMR not likely to conduct a fourth serology survey?

India’s devastating second wave began around mid-March amidst a vaccination programme that prioritised health-care and front-line workers, and senior citizens. The antibodies that are triggered after a SARS-CoV-2 virus infection are structurally indistinguishable from those after one is vaccinated. However, studies do show that those vaccinated after being exposed to the virus have much higher levels of antibodies than those vaccinated. Add to it the complication of waxing and waning antibody numbers. Dr Balram Bhargava, Director General, ICMR, told The Hindu, “Serosurveys lose their scientific relevance once vaccination starts in the population.”

In theory it could be possible to adjust for this by eliminating those who have been vaccinated from the survey. However, health officials claimed that due to the vicious second wave, hospitals and health-care infrastructure in several districts were overwhelmed by dealing with the surge in cases. A serology survey is a logistically demanding exercise as detailed interviews need to be undertaken with participants, trained phlebotomists have to be available and dedicated laboratories have to earmarked to analyse the blood work. This would require extensive inputs from the districts. Apart from the infections, the focus at the regional level should be on vaccination, and by all accounts, India is struggling to keep up with demand. Only 10.9% of the population has got a single dose in spite of nearly 20.4 crore vaccines having been administered. It is quite possible that the ICMR might consider a future survey when the situation is more amenable.

Surveys provide information on the questions they are designed to ask. Tellingly, the second serology survey did point to an increase in infections in rural India. These surveys showed that large parts of the country were unexposed to the virus and hence at risk of infection — as the second wave underlined.

The specific blood-analysis tests, called assays, can be used to check if antibodies produced by the body are targeting the spike region of the coronavirus or an inner envelope containing its genetic material called the nucleocapsid. The antibodies against the spike are believed to be more relevant to preventing future infections and hence a better proxy for immunity. They can also thus provide inputs for improving vaccines.

Borussia Dortmund official bid goodbye to goal machine Erling Haaland, who will join in the footsteps of his father Elfie Haaland to the Etihad...
Read more
- Advertisement -

Bengaluru City Crime Branch officials arrested a bookie running a gambling racket through a mobile app and seized ₹4 lakh from him, on Friday The...
Read more

BJP State president K. Annamalai on Saturday said the State government should appoint a one-man judicial committee to probe into the demolition and eviction...
Read more

From now on visitors to Rameswaram island must add one more place to their itinerary - the new Dhanushkodi lighthouse. On the way...
Read more

The double murder of an elderly couple who had just arrived from the US by someone who had worked for them for years has...
Read more
- Advertisement -