From Acharya to Akhanda, south Indian star vehicles which won’t release in May due to Covid-19 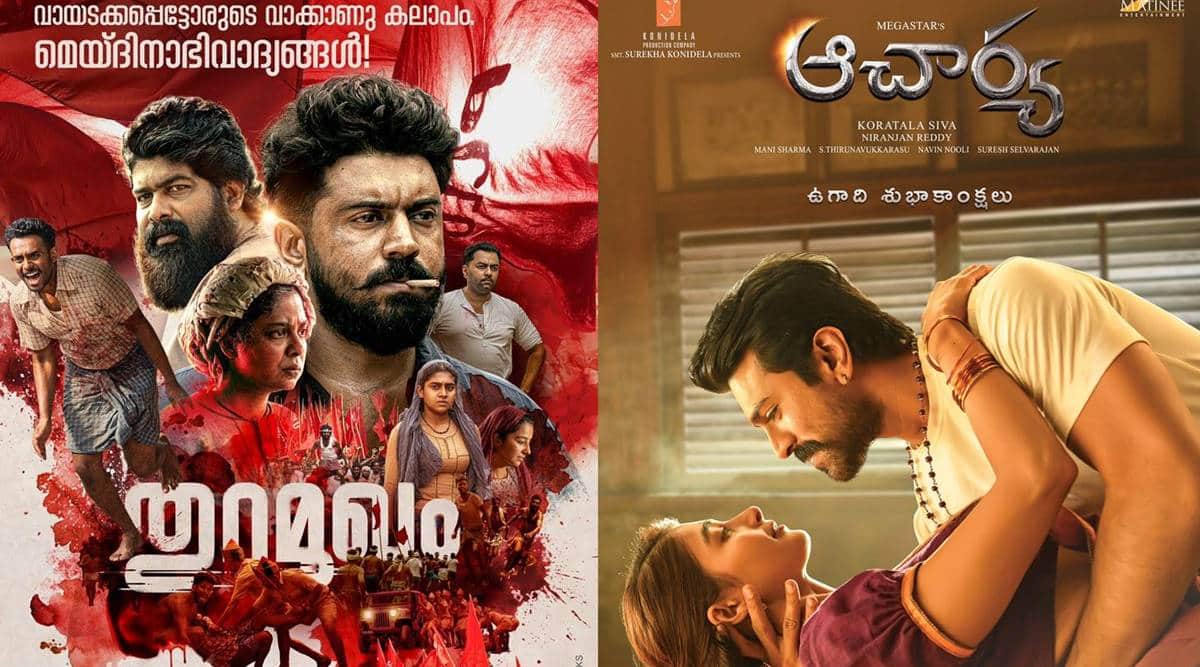 The year 2021 began on a positive note. The first wave of the coronavirus, which brought the entire world to a standstill in 2020, appeared to be ebbing in India. As India opened up, audiences returned to theatres, especially in south India which welcomed the move with open arms.

The governments in the southern states, barring Kerala, allowed 100 per cent occupancy in theatres. The houseful signboards at cinema halls made a comeback after a gap of a year. The theatre business, which lost significant ground last year to the streaming platforms, seemed to be making major gains. There was a lot of positivity to go around as big stars were willing to take risks by releasing their films in theatres.

However, all the gains made until March have been washed away following the onset of the devastating second wave of Covid-19. As the country struggled with a surge in cases and healthcare amenities falling woefully short, lockdowns were announced in many parts. Cinemas were closed and films withheld. The release of several highly-anticipated, big star films, which were earmarked for the Eid holiday, were delayed.

Here is the list of all the summer movies that have been postponed in May:

Marakkar- Arabikadalinte Simham: Director Priyadarshan’s ambitious period piece was supposed to release in March last year. The film was postponed following the outbreak of the Covid-19 pandemic. And it was slated for release on May 13. However, the filmmakers were quick to push the release to August 12 as the cases of the Covid-19 continued to grow without any respite. Set in the 16th century, the film stars Mohanlal, Arjun Sarja, Suniel Shetty, Prabhu, Manju Warrier, Keerthy Suresh, Mukesh and Siddique.

Malik: Directed by Mahesh Narayanan, Malik stars Fahadh Faasil in the lead role. The film marks the actor-director duo’s third collaboration after Take Off and C U Soon. It was slated for release on May 13. Given that it is unlikely to happen, the filmmakers are reportedly considering a direct OTT release for the film.

Thuramukham: Starring Nivin Pauly in the lead, this period film will throw light on the ‘chappa’ system, a feudal practice used to distribute work. It is directed by Rajeev Ravi. Thuramukham was due in cinemas on May 13. However, now it stands cancelled.

Laabam: During the last week of April, when other filmmakers were busy postponing their films, Vijay Sethupathi in a surprise announcement, claimed Laabam will open in theatres on Ramzan. Perhaps, he did not foresee how the second wave would worsen at the time.

Doctor: The caution of the makers of the Sivakarthikeyan-starrer played the spoilsport. At a time when filmmakers across the languages were grappling to release their films in theatres, the producers of Doctor decided they needed the perfect release date, which would give them a maximum benefit at the box office. The film was supposed to release on March 26. But, it was postponed citing the Tamil Nadu elections, which were due on April 6. And then the filmmakers zeroed in on May 13. The industry buzz is that the filmmakers are in talks with streaming platforms now.

Acharya: It is said that Chiranjeevi will be seen in the role of a communist revolutionary in the film. Written and directed by Koratala Siva, Ram Charan has also plays an important role in Acharya. The May 13 release has been postponed citing the growing cases of Covid-19.

Naarappa: It is the Telugu remake of Tamil hit Asuran (2019). The film is helmed by Srikanth Addala and it stars Venkatesh in the lead role. Naarappa was supposed to hit the theatres on May 14. However, now it stands cancelled.

Khiladi: Written and directed by Ramesh Varma, the film stars Ravi Teja in the lead role. The commercial potboiler also stars Meenakshi Chaudhary, Dimple Hayathi and Arjun Sarja. The filmmakers recently announced that it won’t release in theatres on May 28 as announced earlier.

Akhanda: The over-the-top action film is written and directed by Boyapati Srinu. Starring Nandamuri Balakrishna in the lead role, the film’s release on May 28 has been postponed.