Meghalaya Govt in a bind over relocation of Sikhs 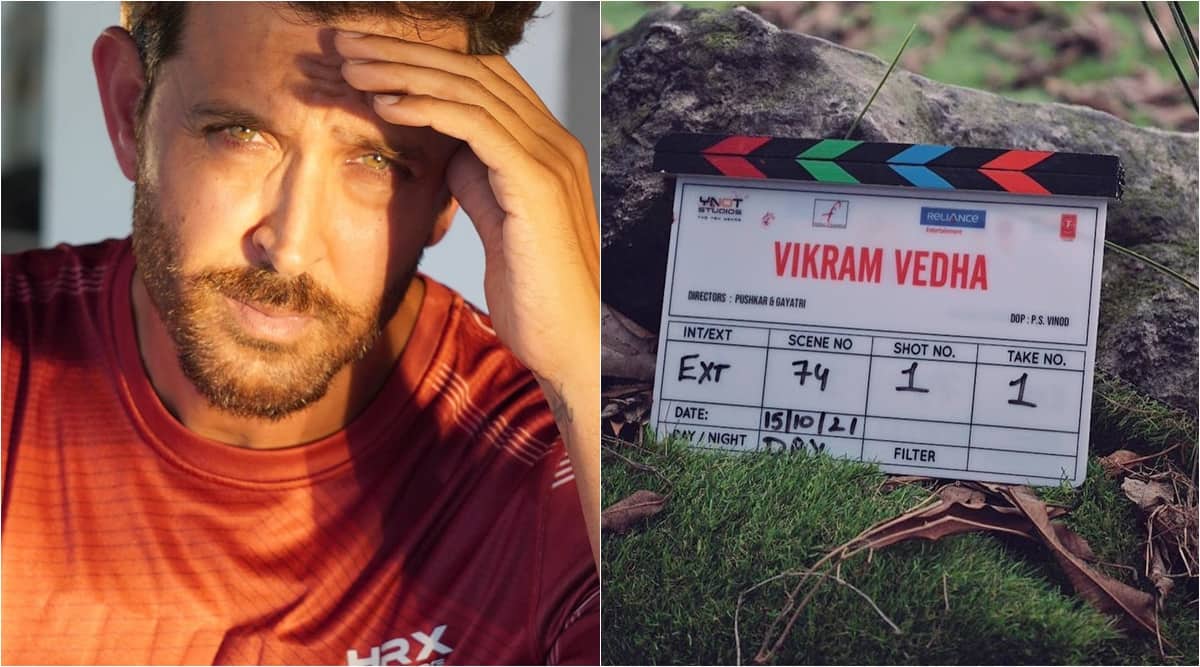 The Hindi remake of Vikram Vedha starring Hrithik Roshan has gone on floors. The actor along with the makers made the announcement of commencing the film’s shooting on Dussehra, on Friday. The movie also stars Saif Ali Khan.

Hrithik took to his Instagram stories and shared the news by posting photos of sunrise, presumably from the sets. He wrote, “Sharing my love with all beginning a new 1st day today.” The words in the second picture said, “Good luck.”

Soon after, the film’s production banner Y Not Studios also shared a photo of the clipboard and wrote, “It begins! #VikramVedha.”

The Tamil film Vikram Vedha released in 2017 and received a thumbs-up from the audience and critics. It was said to be inspired by the Indian folktale Baital Pachisi.

The original action-thriller starred R Madhavan as a police inspector named Vikram while Vijay Sethupathi played Vedha, a gangster and a drug smuggler. The film was directed by Pushkar and Gayathri, who will also helm the Hindi remake.

In the meantime, Hrithik Roshan also has films like Fighter alongside Deepika Padukone. The sequel of his last release War will go on floors next year. The next installment in his superhero franchise, Krrish 4 was also announced recently.

More than 260 Ukrainian fighters, including some who are badly wounded, were evacuated Monday from a steel plant in the ruined city of Mariupol...
Read more
Trending

Talking to The Times of India before leaving for Cannes, Deepika shared how she feels the lines between Hindi, Tamil, Telugu and Malayalam cinema...
Read more
National

Morning Digest | India-Nepal ties are as ancient as the Himalayas,...

Talking to The Times of India before leaving for Cannes, Deepika shared how she feels the lines between Hindi, Tamil, Telugu and Malayalam cinema...
Read more

Zara Phythian, known for her role in the 2016 Marvel film Doctor Strange, has been sentenced to eight years in jail for sexually abusing...
Read more

Bollywood superstar Deepika Padukone attended the jury dinner before walking the red carpet at the ongoing Cannes Film Festival in France. The actor, who...
Read more

Veteran actor Sharmila Tagore is all set to make a comeback with family drama Gulmohar. And in order to make her grandmother feel special,...
Read more
- Advertisement -