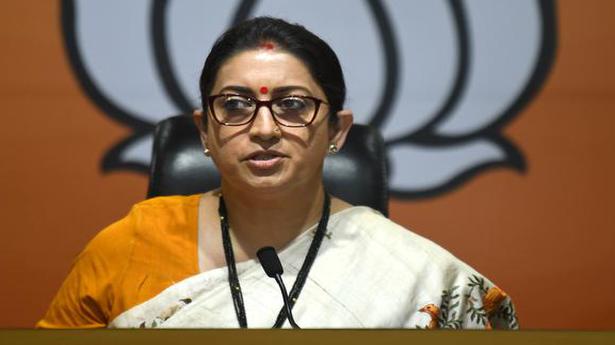 At 101 position, India among 31 countries where hunger has been identified as serious

The Government on Friday challenged India’s poor ranking in the the Global Hunger Index 2021 and the methodology used calling it “devoid of ground reality and facts”.

The Index launched on Thursday ranked India at 101 position of 116 countries. India is also among the 31 countries where hunger has been identified as serious. India ranked 94 among 107 countries in the Global Hunger Index (GHI) released last year.

“The publishing agencies of the Global Hunger Report, Concern Worldwide and Welt Hunger Hilfe have not done their due diligence before releasing the report. The methodology used by FAO is unscientific. They have based their assessment on the results of a ‘four question’ opinion poll, which was conducted telephonically by Gallup,” the Ministry of Women and Child Development said in a statement.

India was also behind most of the neighbouring countries. Pakistan was placed at 92, Nepal and Bangladesh at 76 and Sri Lanka at 65.

The Government has contested the performance of these neighbouring countries on the Index.

“It is noted with surprise, from the FAO report ‘The State of Food Security and Nutrition in the World 2021’, that other four countries of this region — Afghanistan, Bangladesh, Nepal and Sri Lanka — have not been affected at all by COVID-19 pandemic induced loss of job/business and reduction in income levels, rather they have been able to improve their position on the indicator ‘proportion of undernourished population’ by 4.3%, 3.3%, 1.3% and 0.8% points respectively during the period 2018-20 over 2017-19,” the statement adds.

The Government also listed various schemes announced in the past 18 months to respond to the economic impact of COVID-19, including allocation of foodgrains at 5 kg per person to 80 crore people under the Pradhan Mantri Garib Kalyan Anna Yojna and additional allocation under the Atma Nirbha Bharat Scheme for for migrants/stranded migrants.

However, the GHI is not based on a poll as alleged by the Government but on global databases. The GHI scores are calculated using a three-step process that draws on available data from various sources to capture the multidimensional nature of hunger.

First, for each country, values are determined for four indicators — undernourishment, child wasting, child stunting and child mortality. Second, each of the four component indicators is given a standardised score on a 100-point scale based on the highest observed level for the indicator on a global scale in recent decades. Third, standardised scores are aggregated to calculate the GHI score for each country.

Data used in the calculation of the GHI scores come from various U.N. and other multilateral agencies. Undernourishment data are provided by the Food and Agriculture Organization (FAO) of the U.N.

Child wasting and child stunting data are drawn from the joint database of UNICEF, the World Health Organization (WHO) and the World Bank, as well as from WHO’s continually updated Global Database on Child Growth and Malnutrition, the most recent reports of the Demographic and Health Surveys (DHS) and Multiple Indicator Cluster Surveys (MICS), and statistical tables from UNICEF.

Experts say these international databases rely on Indian Government’s latest dataset deposited in the global databases such as the Comprehensive National Nutrition Survey of 2016 conducted by the Ministry of Health and Family Welfare.