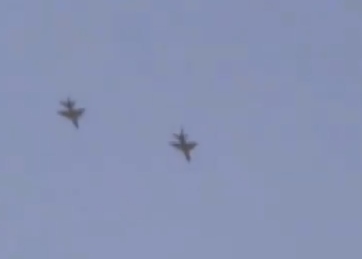 Chief of Air Staff Air Chief Marshal RKS Bhadauria on Thursday flew a ‘missing man’ formation in a MiG-21 Bison aircraft, as a mark of respect to fighter pilot Abhinav Choudhary who died after his jet crashed near Moga in Punjab last week.

“Panthers paid tribute to Sqn Ldr Abhinav Chaudhary by flying a ‘Missing Man’ formation, as they recommenced their op flying. The senior most serving ‘Panther’, CAS flew a Bison & joined the CO in the aerial tribute,” the Indian Air Force tweeted.

The Chief of Air Staff flew the sortie at the Suratgarh air force station in Rajasthan.  The No. 23 Squadron, popularly known as Panthers, is based in Suratgarh.

The Chief of Air Staff later interacted with the aircrew and technicians of the base.

Twenty-eight-year-old Squadron Leader Choudhary was returning to the Suratgarg airbase when his aircraft reportedly developed a technical snag.

The IAF has already ordered a court of inquiry to ascertain the cause of the accident. PTI