IMD upgrades monsoon forecast, parts of J-K, HP to get below normal rain 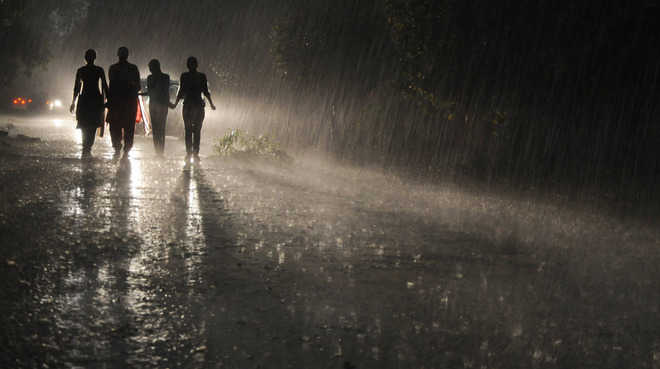 The India Meteorological Department (IMD) on Tuesday updated its monsoon forecast of rains to 101 per cent of the Long-Period-Average with a model error of four per cent, and a probability of 41 per cent.

Good news for farmers and the agriculture section, June to September rainfall over the monsoon core zone—which consists the most of the rainfed agriculture regions in the country are most likely to be above normal (>106% of LPA).

Most rain fed parts are expected to receive above normal, well-distributed seasonal rains, he added.

Meanwhile, the IMD DG attributed the current inclement or bad weather in the North-west due to western disturbances.

“Under the influence of the Western Disturbance and a cyclonic circulation over North-west Madhya Pradesh, isolated to fairly widespread rainfall accompanied by a thunderstorm, lightning and gusty winds are very likely over Western Himalayan Region and adjoining plains of North-west India during the next three days”.

Mohapatra said most parts of the country will receive normal to above-normal rains. While rains are expected to be distributed well throughout the country, some parts of North-west, East and Northeast India and the Southern Peninsula may receive below normal rains.

These include parts of Jammu and Kashmir, Ladakh, and Himachal Pradesh in the North-west Overall, North-west India is expected to receive rains ranging between 92 and 108 per cent of the LPA with a probability of 41 per cent.

As sea surface temperature (SST) conditions over the Pacific and the Indian Oceans are known to have a strong influence on the Indian monsoon, IMD is carefully monitoring their evolution.

Mohapatra said neutral ENSO conditions are currently prevailing are expected to continue. However, there is a possibility of the current neutral IOD turning negative during the season.

The IMD will issue the forecast for the July rainfall in the last week of June 2021.