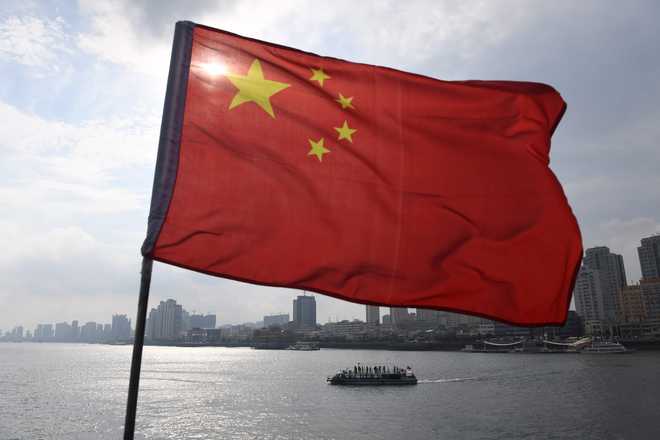 Despite a slowed outreach due to its preoccupation with the Covid crises within the country, South Block is nevertheless keeping a close eye on the Sri Lankan law passed on Thursday that allows a Chinese company ownership rights on reclaimed land, which is less than 300 km from India.

The new law passed allows a Chinese company to develop a “port city” on 269 hectares of land reclaimed from the Indian Ocean as a Special Economic Zone which the Sri Lankan opposition say would lead to the creation of a Chinese colony.

More ominously for India, the project could be a key cog in China’s ‘Maritime Silk Road’ project.

Sources here said the project had been going on for over eight years. Though India had not formally raised its concerns, it would like to know whether it follows the recognised norms relating to financial responsibility and respecting the sovereignty and territorial integrity of nations.

“If it’s just a commercial venture, it is their choice. If there are other elements, we will look into,” they added while hoping that Sri Lanka’s “robust institutions” will be able to chart a way forward.

“Any development if it is so near, we will keep a close eye especially if it impacts security etc,” said the sources.

Piloting the Bill in Sri Lankan Parliament, the government said the project would bring in investment and boost the island-nation’s economy.

The 225-member Parliament approved the Bill 148-59 with Opposition speakers alleging the law undermined the sovereignty of the country and the Constitution as it required referenda on nine instances and a two-thirds majority 17 times to pass it.

The government countered by saying the amendments is as per the Supreme Court’s directives, obviating the need for a referendum or two-thirds majority in Parliament.

India is on the back-foot in Nepal as well with critics questioning India’s public statement that the political developments were Kathmandu’s internal issue.

India has been unable to meet Nepal’s request for vaccines and China has stepped in to supply 5 lakh doses. Sources said India will be unable to meet the requirements of neighbouring countries including Bangladesh and Bhutan as it itself is facing a vaccine crunch.

The State reported 30 fresh COVID-19 cases from among 16,001 tests on Sunday.Seven districts, including Chennai, Coimbatore, Tiruchi and...
Read more
National

The Greater Chennai Corporation’s IT team has started coordinating with Google for reducing hardship to residents in locating and mapping new names of roads...
Read more
National

The centre also holds the record for dispensing the maximum number of jabs in a single day—3,069 shots on November 23, 2021 The centre also...
Read more
National