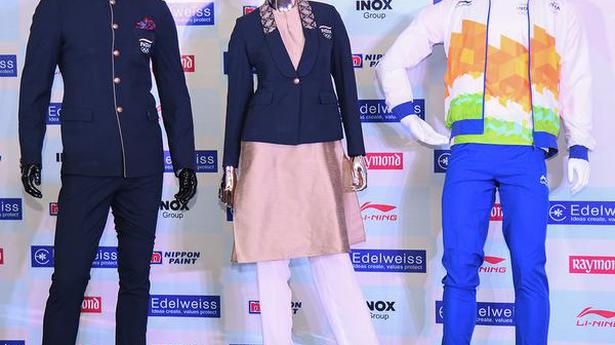 Indian officials expect at least 25 more athletes to qualify for the Tokyo Olympics by the end of June and the contingent to return with at least 10 medals from the Games.

So far 100 athletes have qualified, including the two hockey teams.

“We are estimating to touch 125 to 135 by the time the qualification process is over. This means the Indian contingent, including officials and support staff, is likely to be around 190,” IOA president Narinder Batra said during a virtual unveiling of the Indian sports and ceremonial uniforms for the event.

It also marked the 50-day countdown to the Games, scheduled to open on July 23. Only a handful of qualified athletes were present physically on the occasion — including Neeraj Chopra, Bajrang Punia, Ravi Dahiya, Sumit Malik and Seema Bisla.

The sports kits are sponsored by Li Ning while the ceremonial kits are by Raymonds.

Sports Minister Kiren Rijiju assured of full support from the ministry and SAI in accelerating the vaccination programme for the qualified/ probable athletes in time for their departure to Tokyo.

“’The IOC will issue an updated Playbook later (but) we have to follow all the health and safety protocols in view of the pandemic,” Rijiju said.

Earlier in the day, Prime Minister Narendra Modi chaired a meeting to review India’s Olympics preparations and was apprised with various steps taken for athletes’ training.

While most of the athletes and officials have managed one dose of the COVID-19 vaccine, the Prime Minister has directed complete vaccination for all athletes, staff and officials travelling to Tokyo.

He would also be connecting with the Olympic contingent through video-conference in July. Regular video interactions with their families are planned for all athletes during the Olympics.

A 25-year-old woman reportedly jumped into the Krishna from atop the Prakasam Barrage on Sunday.Alert police and State Disaster...
Read more
National

Sabre-rattling over ‘Hindutva’ ahead of BMC polls

It was a Sunday dawn marinated in grief for the cricketing world and the news from Down Under was grim. Former Australian all-rounder Andrew...
Read more
National

Inclusion of Hedgewar’s speech as a lesson in Kannada textbook draws...

Students’ organisations have strongly condemned the State government’s decision to omit a lesson on Bhagat Singh and include a speech of Rashtriya Swayamsevak Sangh (RSS)...
Read more
National

The Union Government’s decision to ban the export of wheat with immediate effect has already had an impact on the soaring wheat prices in...
Read more
- Advertisement -