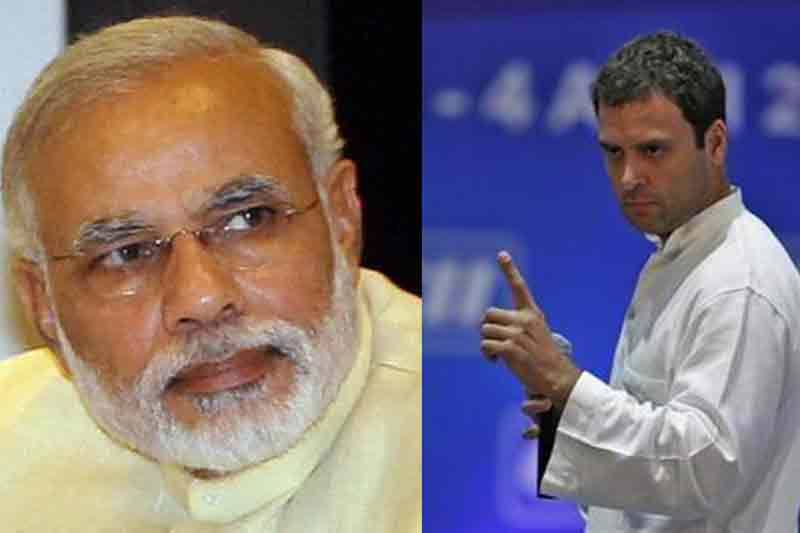 Congress leader Rahul Gandhi addressing a virtual press conference on Friday blamed Prime Minister Narendra Modi for the second wave of Covid-19 and said that it is time for the Prime Minister to become a leader and stop the blame game.

He said the buck stops at the Prime Minister’s door as it was he who exported the vaccine and not the states. Rahul Gandhi said, “It’s time that the Prime Minister should tell the country that I will arrange vaccines and become a leader and should not worry about his image.”

The Prime Minister’s image has been dented and he should stop blaming the states as this time the Union and state governments should be in sync. It is the duty of the Prime Minister to ensure everybody is on the same page.

He said, “They were warned over a year ago. But they ridiculed the warnings, focused on tokenism, and declared premature victories. Who is responsible for the loss of lakhs of Indian lives?”

Rahul Gandhi accused Prime Minister Narendra Modi of being responsible for the second wave of the Covid pandemic in the country.

Attacking the government over the vaccination shortage he said that India is fighting a war with Covid and vaccination is the only way to stop the pandemic is to vaccinate people. He also accused the government of hiding the real figures of deaths due to Covid.

Addressing a press conference, virtually, Rahul Gandhi said, “I had warned the government on number times non stop over the Covid since February last year. And the government made fun of us. Even the Prime Minister announced victory over Covid.”

“Vaccine is the permanent solution. And if you don’t take the vaccine then the virus will keep on mutating itself and there will be second, third, fourth and many other waves of Covid,” he said.

The Congress leader said that on the issue of vaccine, “I have written to the Prime Minister saying if the government does not have proper vaccine strategy, the number of people will keep on getting affected. And the virus will keep on adopting”.

Rahul Gandhi said, “Foreign Minister (S. Jaishankar) is saying that India has earned names by providing vaccines to other countries. And what is the condition today, only three per cent people of the country have been vaccinated. Means 97 per cent of people have a chance of contracting Covid.”