Gyanvapi survey report to be submitted in court tomorrow 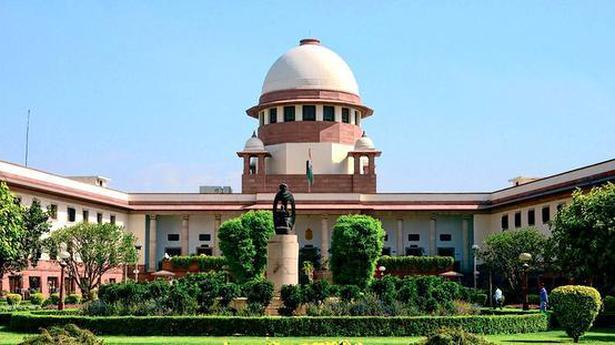 The Supreme Court on Monday said “it is time to define the limits of sedition” even as it protected two Telugu channels from any coercive action by the Y.S. Jaganmohan Reddy-led Andhra Pradesh government for their reportage of the COVID-19 pandemic in the State.

A three-judge Bench led by Justice D.Y. Chandrachud flagged indiscriminate use of the sedition law against critics, journalists, social media users, activists and citizens for airing their grievances about the governments COVID-19 management, or even for seeking help to gain medical access, equipment, drugs and oxygen cylinders, especially during the second wave of the pandemic.

“This is muzzling the media,” Justice L. Nageswara Rao, another judge on the Bench along with Justice S. Ravindra Bhat, said about the manner in which Andhra Pradesh had tried to “silence” channels TV5 and ABN.

“It is time to define the limits of sedition,” Justice Chandrachud said. He pointed out that the Court had categorically told the States not to initiate penal action against the critics of COVID-19 management measures in an April 30 order.

Justice Chandrachud referred to how, in an earlier suo motu hearing, he had wondered whether sedition charges would be launched against a news channel, which had published photograph of two persons throwing the body of a COVID-19 patient into a river from a bridge in Uttar Pradesh. “I had this case [Andhra] in mind when I said that,” he said.

The court acknowledged the argument that the media was well within its rights to air critical programmes about a prevailing regime without attracting sedition.

The court issued notice to the Andhra Pradesh government and directed that “there shall be a stay on the Respondents [the State] adopting coercive proceedings against the two TV channels”.

TV5, represented by senior advocate Shyam Divan and advocate Vipin Nair, and ABN Andhrajyothi argued that the sedition FIR against them was an “unfortunate assault”. The State had accused them of sedition for reporting news about the pandemic in an “unbiased manner”.

“Merely because the content of the news reported in an unbiased manner is critical of a government or not to its liking, it cannot be said that the news outlet has committed an act of sedition or inciting hatred. To do so would be directly contrary to the freedom of Press,” ABN, represented by Guntur Pramod Kumar, said in the petition.

TV5 said the “vague” FIR had a chilling effect on free speech in the media.

“The attempt of the FIR is to create a chilling effect for news channels in the State, so that every news channel is wary of hosting any content which is critical of the government. By filing a vague FIR and abusing the process of law, the State intends to silence its critics and the media,” TV5 said.

Both channels urged the Supreme Court to initiate contempt proceedings against the senior officials of the State government for violating the April 30 order of the Supreme Court to “immediately cease any direct and indirect threats of prosecution and arrest to citizens, who air their grievances”.

Here the Andhra government had “gone one step ahead” to penalise the media, the channels said.

The FIR, registered by the CID, alleges that a conspiracy is afoot against the government.

TV5 said it had aired critical remarks made by the ruling YSRC party MP K. Raghurama Krishnam Raju about the State’s handling of the COVID-19 crisis. This had irked the government. Mr. Raju himself is in custody for sedition and has already approached the apex court for bail.

“The State government is hell bent to suppress the right to freedom of speech by obstructing the media coverage on the management of Covid-19 in the State. While the State is witnessing a record number of cases, the focus of the Government is to mask the reality and to spread false propaganda,” the petition said.

Gyanvapi survey report to be submitted in court tomorrow

Three more FIRs against actor over post on Pawar

PM Modi to launch work on Buddhist centre in Lumbini on MondayPrime Minister Narendra Modi will launch the construction of the ‘India International Centre...
Read more

Help desk for tribal students to be launched