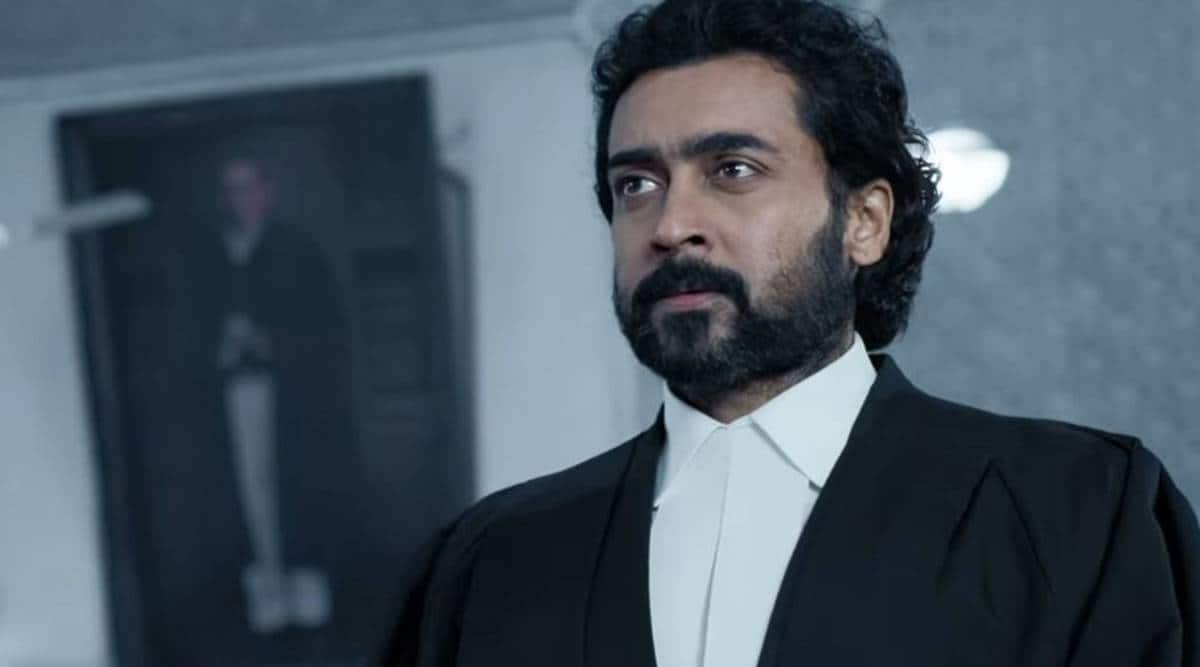 Suriya on Friday unveiled the teaser of his upcoming film Jai Bhim. While sharing the teaser, Suriya noted that this film was “close to my heart”.

“I strongly believe true stories can bring changes in the society…#JaiBhim will be an intense one and is close to my heart,” Suriya tweeted.

Jai Bhim is said to be inspired by real-life events that happened in the 90s. The film begins with Suriya’s voice-over asking a woman to tell her story without trying to overplay or underplay the events that caused her distress. It also seems like director TJ Gnanavel’s promise to the audience to present the true story of an oppressed group without any exaggeration.

Here’s #JaiBhim Teaser for you!

While the main conflict remains unclear from the teaser, the issue seems to be touchy enough for Suriya’s lawyer character to take the government to court on behalf of a tribal woman. And we see a series of atrocities committed by officers of the law against a tribal community. While police mercilessly beat them up, lawyers dismiss their cry for justice as a mere publicity stunt. Except for one lawyer, who is clearly a rebel with a noble cause in a highly prejudiced system.

It is noteworthy that Jai Bhim is the slogan used by followers of Ambedkarism.

Jai Bhim promises to be a high-voltage social and political drama. Written and directed by journalist-turned-filmmaker TJ Gnanavel, the film also boasts of an impressive supporting cast, including Rajisha Vijayan and Prakash Raj. In addition to acting in it, Suriya has also bankrolled the movie under his production banner 2D Entertainment.

Jai Bhim is the third movie of the four-film deal that Suriya’s 2D Entertainment has signed with Amazon Prime Video. The first film was political satire Raman Aandalum Ravanan Aandalum, which was released last month. The second film was Udanpirappe, starring Jyotika and Sasikumar in the lead roles. And the final film Oh My doG! will release on the OTT platform in December.

Jai Bhim will premiere on Amazon Prime Video ahead of the Deepavali festival on November 2.

Meanwhile, Suriya is busy with Etharkkum Thunindhavan, which is written and directed by Pandiraj. It also stars Priyanka Arul Mohan and Sathyaraj. His film titled Vaadi Vaasal with director Vetri Maaran is in pre-production.

The Supreme Court has taken note of the pendency of appeals in the Allahabad High Court and directed...
Read more
National

The first student protests at Tiananmen Square in Beijing began on May 13, 1989. Here’s a quiz on famous protest movements from history The first...
Read more
- Advertisement -

Ranveer Singh-starrer Jayeshbhai Jordaar had a tame Sunday as it could only gross in the range of Rs 3.95 to Rs 4.15 crore as...
Read more

Kangana Ranaut’s unfiltered appearance on a recent episode of The Kapil Sharma Show was full of her confessions about Bollywood, including taking a jibe...
Read more
- Advertisement -