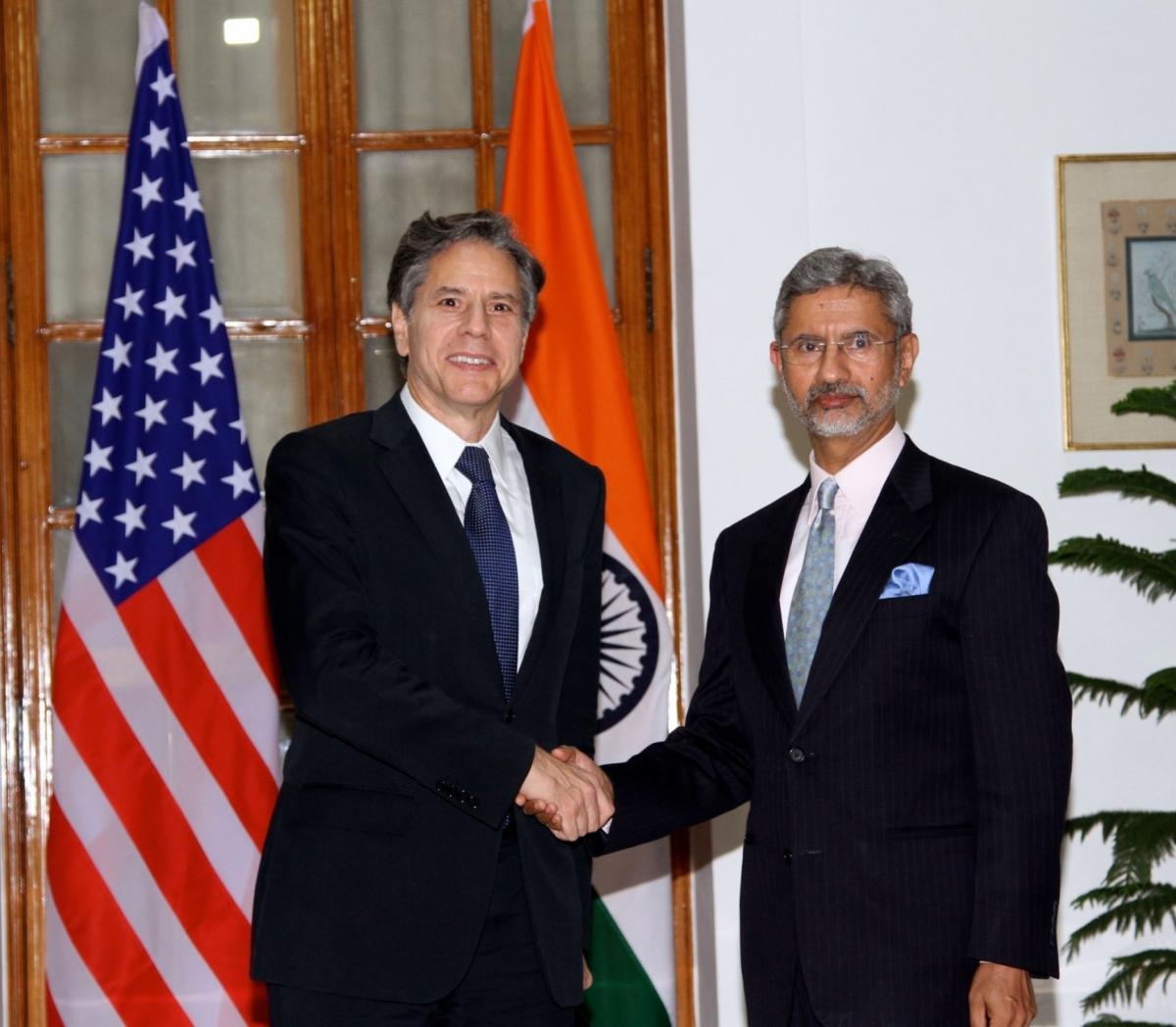 Amid the Covid-19 pandemic’s second wave ravaging India amid the rising global tensions, Indian External Affairs Minister S. Jaishankar has capped two days of whirlwind diplomacy in Washington after meeting US Secretary of State Antony Blinken and Defence Secretary Lloyd Austin as they sought to deepen the ties between the two countries.

Jaishankar’s meetings on Friday with the two cabinet officials and earlier with national security officials and Congressional leaders signalled the high priority the two countries gave to strategic cooperation. Besides meeting business groups, Jaishankar’s discussions focused on the prevailing Covid-19 pandemic and the joint efforts to fight it.

In a tweet after meeting Jaishankar, Blinken tweeted that they discussed the “India-China border situation”, although Jaishankar and State Department Spokesperson Ned Price made no mention of that topic. India has faced border incursions by China and a clash with fatalities over the last two years, during which Washington backed New Delhi.

“As friends, we will work together to address these areas of shared concern,” Blinken added mentioning also regional security and economic priorities, US Covid-19 relief efforts, and support for Afghanistan, from where the US is scheduled to pull out its troops after a 20-year deployment.

Jaishankar tweeted about his discussions with Blinken stating, “Today’s talks have further solidified our strategic partnership and enlarged our agenda of cooperation.”

With Lloyd, Jaishankar said he had “a comprehensive conversation about further developing our strategic and defence partnership (and) Exchanged views on contemporary security challenges.”

US spokespersons said after the separate meetings on Friday that the leaders pledged to continue to deepen ties between the two countries. State Department Spokesperson Ned Price said that Blinken “reaffirmed the Administration’s commitment to deepening the US-India Comprehensive Global Strategic Partnership”.

He added that “a shared commitment to combating the climate crisis and enhancing multilateral cooperation” was another topic in their talks.

Jaishankar tweeted that they had “also focused on Indo-US vaccine partnership aimed at expanding access and ensuring supply.” He added, “Appreciated strong solidarity expressed by US at this time.”

He said that the Indo-Pacific and the Quad — made up of the two countries and Japan and Australia — and Afghanistan, Myanmar, the United Nations Security Council, where India is currently an elected member, and other international organisations were discussed.

Kirby said that they discussed “shared priorities in the US-India strategic partnership and exchange views on a range of regional security challenges”. Austin said he “looks forward to hosting Minister Jaishankar and Indian Defence Minister Rajnath Singh at the 2+2 Ministerial Dialogue later this year” that the US is scheduled to host, Kirby added.

In his tweet, Jaishankar said that he “expressed appreciation of the US military role in responding to the Covid situation” in India. The US Air Force flew in supplies of oxygen, equipment to make the gas, personal protection gear and other material to help India face the deadly second wave pandemic.

On Thursday, Jaishankar had met with the top strategic officials, National Security Adviser Jake Sullivan and Director of National Intelligence Avril Haines. Jaishankar tweeted that he had “wide-ranging discussions including on Indo-Pacific and Afghanistan” with Sullivan and “conveyed appreciation for US solidarity in addressing the Covid challenge” where “India-US vaccine partnership can make a real difference”.

About his meeting with Haines, he tweeted, “Look forward to working closely together to address contemporary security challenges and advance our strategic partnership.”

The administration of President Joe Biden recently came out in support of a request by India and South Africa at the World Trade Organisation to waive patents for vaccine and after meeting US Trade Representative Katherine Tai, Jaishankar said in a tweet that he welcomed her “positive stance” on the issue and her support for efficient and robust supply chains.

He added, “Our trade, technology & business cooperation are at the core of our strategic partnership. Enhancing them is vital to post-Covid economic recovery.”

On Capitol Hill, Jaishankar’s outreach to Congressional leaders went off smoothly without any interference from an Indian American member of the House of Representatives Pramila Jayapal, who is a critic of Prime Minister Narendra Modi.

In 2019, a meeting between Jaishankar and the House Foreign Affairs Committee was cancelled after Jayapal was added to the list of participants although she was not a member of the panel.

Vice President Kamala Harris, who just ended her unsuccessful run for president, jumped into the fray criticising Jaishankar. “It’s wrong for any foreign government to tell Congress what members are allowed in meetings on Capitol Hill,” implying that an Indian leader could not have any autonomy and is obligated to be subservient to US politicians.

Jaishankar has so far not met Harris, who by protocol does not have to meet him. While she has had telephone conversations with several prime ministers and foreign ministers as part of her foreign policy apprenticeship, she has not spoken to any Indian leaders.

Jaishankar met with Gregory Meeks, the chairman of the House Foreign Affairs Committee and Michael McCaul, the Republican leader on the panel and discussed the Quad and cooperation on vaccines, the minister tweeted. He added that he recognised “their leadership in building stronger ties”.

He also met with the Co-chairs of the House India Caucus Brad Sherman, a Democrat, and Steve Chabot, a Republican. Jaishankar tweeted after the meeting, “The US Congress has been a tremendous pillar of support as India meets the Covid challenge.”

He and India’s Ambassador Taranjit Singh Sandhu also had dinner with Sherman, who tweeted afterwards, “Learned how #India is fighting #COVID19 and working to disentangle its economy from China.”

The Indian embassy tweeted that he “appreciated the US private sector’s swift response in India’s fight against the pandemic” and the participation of CEOs of US companies, their support for India’s efforts against the pandemic, and the “US industry’s firm commitment to advance India-US trade, investment and technology partnership”.