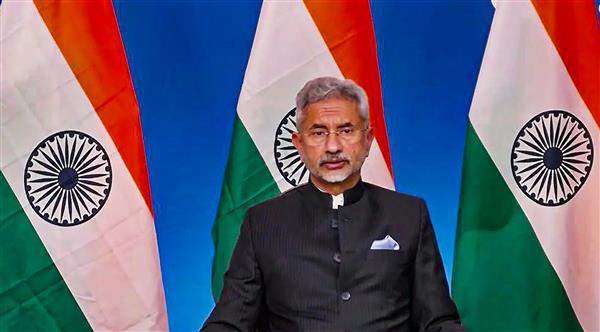 External Affairs Minister S. Jaishankar will pay a five-day visit to Israel from Sunday during which he will call on the President, the Prime Minister and the Knesset Speaker besides holding discussions with his counterpart Yair Lapid who is also the Alternate Prime Minister.

Jaishankar will also interact with the Indian-origin Jewish community, Indologists and Indian students and business people, including from the hi-tech industries, said a MEA news release.

The visit will also be an occasion to pay tribute to the valiant Indian soldiers who laid their lives in the region, especially during the First World War, it added.

This will be Jaishankar’s first visit to the country as External Affairs Minister which takes place at a time when Washington under Biden has warmed up to a post-Netanyahu government in Israel. US Secretary of State Antony Blinken met Lapid and UAE Foreign Minister Sheikh Abdullah bin Zayed Al Nahyan in a trilateral setting on Wednesday. The US is also encouraging a trilateral with Greece, Cyprus and Israel on energy issues and counterterrorism. On the other hand, Israel is pushing ahead with thousands of housing units in East Jerusalem that may cut it off from Bethlehem.

India and Israel elevated bilateral relations to a Strategic Partnership during the visit of PM Narendra Modi to Israel in 2017. Since then, the relationship between the two countries has focused on expanding knowledge-based partnership, which includes collaboration in innovation and research, including boosting the ‘Make in India’ initiative.