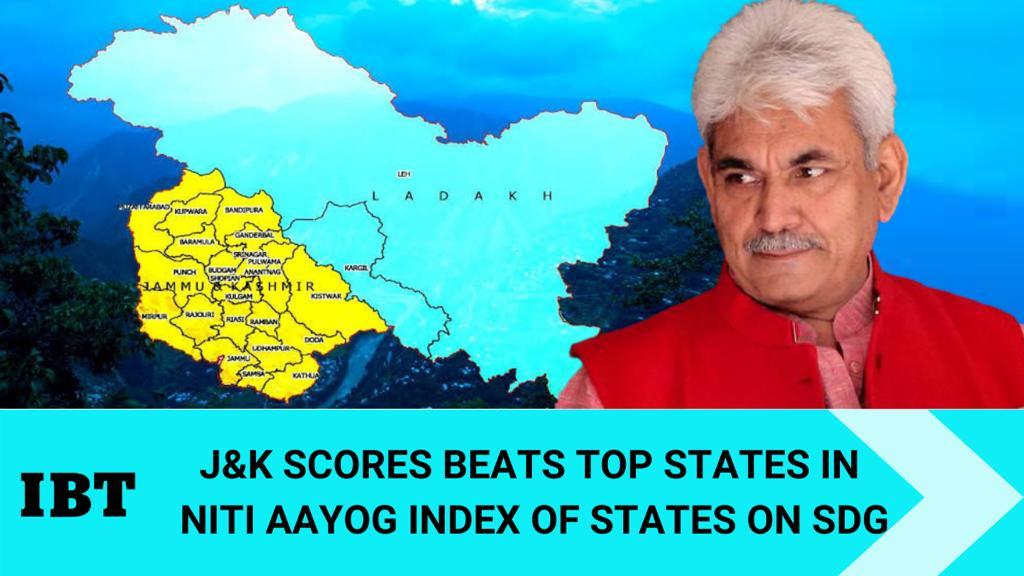 Despite confronting challenges of isolation, backward inaccessible areas lack of an industrial base, and employment opportunities, the Jammu and Kashmir performs better than many states and Union Territories (UTs) in NITI Aayog’s index of states on Sustainable Development Goals (SDGs).

The Jammu and Kashmir even left states like Maharashtra, Telangana others behind in the NITI index. Although J&K has improved its ranking in almost all sectors, its performance is excellent in the sectors like health, agricultural productions, education, renewal energy, providing civic amenities, enhancing forest cover, and ensuring gender equality during the last year.

Performance in the health sector improved

According to the Routine Immunization Programme Dashboard (Health Management Information System), during the period April 2019-March 2020, 91 percent of children in India in the age group of 9-11 months were fully immunized (One dose of BCG, 3 doses of DPT and OPV and one dose of Measles vaccine). The national target is to increase it to 100 percent. Maharashtra, Jammu & Kashmir, and Ladakh have achieved the target.

In the year 2019, the mortality rate of children under the age group was 38 among 1,00,000 but this has now come down to 23. Furthermore, during the last one-year percentage of institutional deliveries has increased from 66.2 percent to 94.60 percent.

In the year 2019, annual drop cases in the secondary level were 24.81 percent but these cases have come down to 17.81 percent during the last year. Furthermore, the pupil-teacher ratio at the secondary level is also improved to 12:1 in the Union Territory. 84 percent of schools in Jammu and Kashmir have electricity and drinking water facilities.

Like other parts of the country, J&K is also confronting the problem of the gap between male, female ratio. In the year sex ratio in J&K was 917 females per 1000 males. This ratio has improved to 927 females during the last year. Furthermore, crime against women is also declined during the last year.

Forest cover has shown an increase

As per the Index report of NITI Aayog, forest cover has increased by 20 percent during the last year. As per the report, in the year 2019, the total forest area in J&K was 10.46 which has increased to 39.66 percent in the year 2020. A total of 42 forest types are found in the Union Territory of J&K which are the highest in the country and denotes the diversity of forest ecosystems in J&K.

Despite two rounds of controlled explosions, triggered on Saturday, to blast boulders and remove stones for reaching the hitherto...
Read more
National

A man had allegedly murdered his live-in partner and her brother by crushing their heads with a boulder at Jandrapeta hamlet of Sodam mandal...
Read more
- Advertisement -