Kareena Kapoor Khan shares throwback photo with Saif Ali Khan on wedding anniversary: ‘Once upon a time in Greece…’ 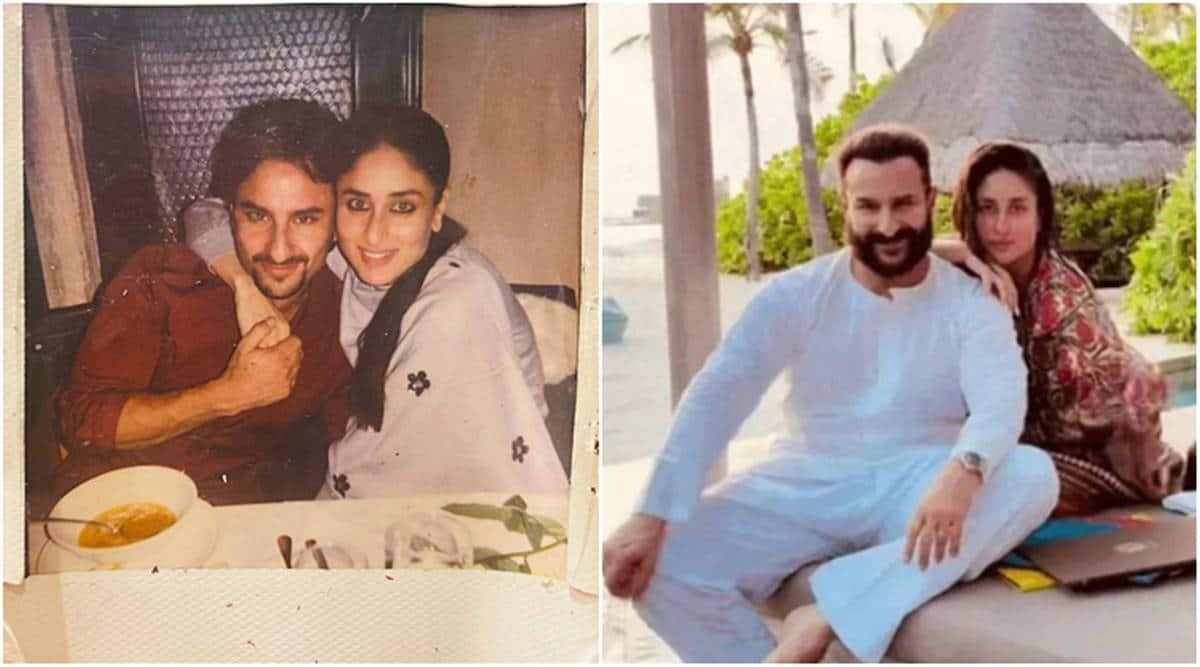 Kareena Kapoor Khan and Saif Ali Khan celebrate their 9th wedding anniversary today. The actor shared a throwback photo on Instagram to wish Saif on the special occasion. The photo features Kareena on a date with Saif. Remembering the evening, Kareena shared how the day changed her life. “Once upon a time in Greece… there was a bowl of soup and US and it changed my life… Happy anniversary to the most handsome man in the world,” she captioned the picture. As soon as she shared the post, her friends dropped adorable comments. Amrita Arora expressed her love for the two with love struck emojis. Saba Pataudi, Saif’s sister, wished the two and sent lots of love. “Aww… Masha’Allah. Lots of love! Happy anniversary again,” she wrote. Karisma Kapoor called Saif and Kareena her “favourite couple forever.” Rakul Preet and Priyanka Chopra also wished the couple on their anniversary.

Kareena and Saif got married on October 16, 2012. The couple is blessed with two sons – Taimur and Jeh. While Taimur was born in 2016, Jeh was born earlier this year. During a recent appearance on The Kapil Sharma Show, Kareena’s father Randhir Kapoor spoke about how he wanted to throw a grand celebration but Bebo opted for a low-key wedding.

“I told her there are 350 people just in the Kapoor family. Every second person in Mumbai is a Kapoor and wants to become an actor. How can we have a party with just 100 guests? She said, ‘If you want to invite more people, you can do so at your own wedding’,” he said. The actor graced the Kapil Sharma’s talk show with his elder daughter Karisma Kapoor.

On the work front, Kareena will be seen in Laal Singh Chaddha. The actor will share screen space with Aamir Khan in the Advait Chandan directorial, which is an official Hindi remake of Tom Hanks’ Forrest Gump. Laal Singh Chaddha was earlier slated for Christmas release. However, the makers postponed the film.

Saif, on the other hand, has a couple of projects in his kitty. The actor, who was last seen in Bhoot Police, will be seen playing Ravan in Adipurush. He will also start shooting for Vikram Vedha’s Hindi remake with Hrithik Roshan as his co-star.