Kerala Assembly Elections | Not ready for a third force 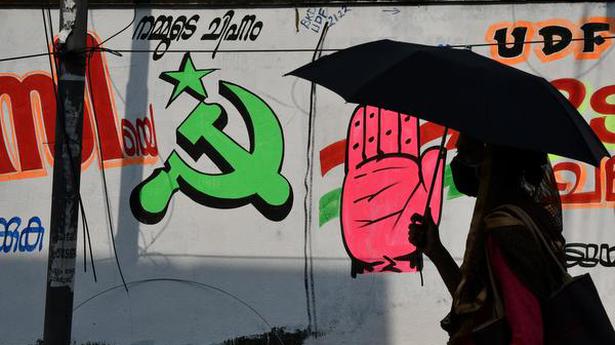 Kerala, which has been dominated by two alliances, saw the Prime Minister call for a third alternative in the State while launching his party’s campaign. However, the BJP failed to save the lone seat of Nemom it won in 2016. Despite a campaign revolving around the Sabarimala temple row, ‘love jihad’ and corruption cases against the Left, it did not succeed in attracting voters. It saw only a marginal increase in its vote share.

On being asked whether there is a need for a third alternative in Kerala’s politics, more than half the respondents (56%) disagreed and one-third (33%) agreed. Even among those who agreed, the vote was split equally among the three alliances. Among those who did not respond to the question, LDF had a clear advantage with 46% of the votes in its favour (Table 1).

Furthermore, when people were asked whether the rise of the BJP in the State is good or bad for the social fabric, a majority said that it was bad (54%) and 17% responded in the affirmative. The remaining 29% either felt that it would make no difference or did not respond to the question. As one would expect, the NDA had a huge advantage among those who felt that the rise of the BJP is good for the social fabric of the State. The LDF was the favoured party among those who said that the BJP’s presence is bad or will make no difference (Table 2).

The presence of the BJP has changed the political equation to some extent in Kerala. Yet, the State does not seem to be fully ready to experiment with a third alternative and the election results reflect this fact.