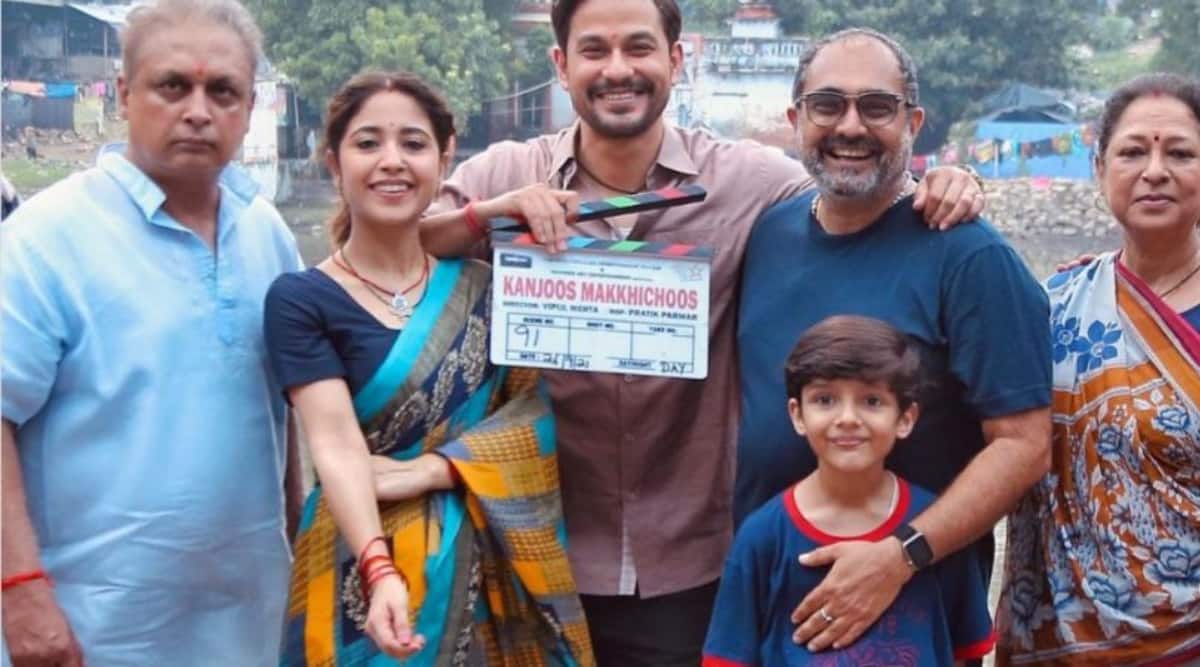 Actor Kunal Kemmu has announced his latest film, Kanjoos Makkichoos on Instagram. In his post, he mentioned that they had begun shooting for the project on Ganesh Chathurthi, and that he is eager for the audience to meet his character, Jamuna Prasad.

Kunal shared a photo from the sets and wrote, “In and as KANJOOS MAKKHICHOOS!! We started the film on the auspicious day of Ganesh Chathurthi and completed it yesterday on DUSSEHRA. It’s been a fulfilling and enjoyable journey, I can’t wait for you guys to meet my character Jamuna Prasad Pandey and to share this warm funny and endearing family film with you. See you soon at the movies.” The film also stars Piyush Mishra and Shweta Tripathi Sharma, and has been directed by Vipul Mehta.

Kunal Kemmu, who was a child artist and was seen in several commercial successes of the 90’s including Raja Hindustani, Bhai, Angaaray and Hum Hain Rahi Pyaar Ke, made a splash with his film Kalyug in 2005. Since then, he has been seen in films such as the Golmaal franchise, Kalank, and Lootcase.