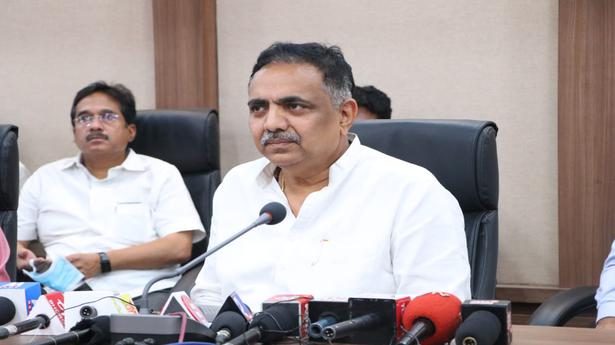 An ordinance to this effect was issued by the State Water Resources Department headed by Minister Jayant Patil.

Ending weeks of unrest and farmers’ protests, the ruling Maha Vikas Aghadi (MVA) government in Maharashtra on Thursday formally scrapped the move to lift 5 tmc ft water from the Ujani dam in Solapur for irrigation purposes in Indapur, which is part of the Baramati Lok Sabha constituency.

The last few days had witnessed vehement protests by farmers in Solapur, who opposed the diversion of the Ujani dam water to Indapur in Baramati, which is the stronghold of the Pawar clan.

According to sources, the Ujani dam water row erupted after Nationalist Congress Party (NCP) leader and Minister of State Dattatreya Bharne, who is also the MLA from Indapur, decided to use some of the dam water for his own constituency.

Prabhakar Deshmukh, president of the Solapur-based ‘Janhit Shetkari Sanghatana’, an outfit strongly opposing the government’s original move, had even warned the State government that he would lodge a police case against Mr. Patil.

Mr. Deshmukh, along with other farmers, protested at a number of places besides Solapur, including Baramati and Islampur in Sangli, the latter being Mr. Patil’s stronghold.

“Farmers in Solapur district have been cheated … We have been agitating for 16 days at Bhimanagar near Ujani Dam area to demand repeal of the ordinance which had sanctioned 5 tmc ft of water for use in Indapur taluk,” Mr. Deshmukh had said earlier.

The protesters, who had been irked by the delay in issuing the new ordinance, had even threatened to storm Mr. Patil’s official residence.

The proposed diversion of the Ujani dam waters to Indapur saw tempers flaring in Solapur, with the opposition Bharatiya Janata Party (BJP) claiming that water was deliberately being diverted from drought-hit Solapur to satisfy the political demands of the NCP leader.

In fact, the government’s move was strongly resented by MVA leaders from Solapur, who viewed Mr. Bharne’s plans as being potentially disastrous for their respective constituencies. Those reported disgruntled included Praniti Shinde, the three-time Congress MLA from Solapur City Central and daughter of veteran Congressman and former Union Minister Sushil Kumar Shinde, who was also a former Maharashtra Chief Minister.

Another upset MVA leader was Shiv Sena MLA Shahaji Patil from Sangola, who had threatened to hold a protest if the State government did not immediately revoke its decision to divert the Ujani dam water to Indapur.