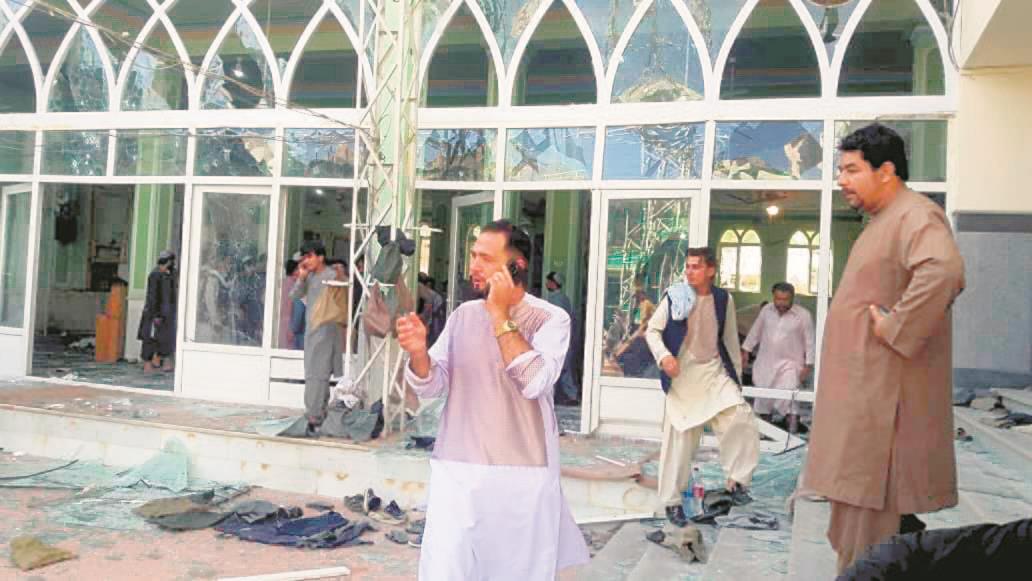 India will play a key role in the coming days on the all-important question of according recognition to the Taliban, which now finds itself in a weaker position after blasts in mosques on two successive Fridays claimed about 150 lives.

The Taliban’s credibility as the sole guarantor of security in Afghanistan suffered a blow today when three back-to-back bomb attacks at a famous mosque in its spiritual capital of Kandahar killed 47 persons. Last Friday, an explosion in a Kunduz mosque killed over 100 worshippers.

Both mosques were frequented by the minority Shia community. Taliban’s local leaders too have been targeted in Nangarhar province, the stronghold of ISIS(K), which has taken responsibility for the attacks.

Senior Indian diplomats will participate in talks in Moscow next week along with diplomats from Russia, China, Pakistan and Iran where the Taliban delegation has also been invited with no guarantees given by Russian President Vladimir Putin on according it recognition. Putin said on Friday there must be no rush in officially recognising the Taliban as the new rulers of Afghanistan, but emphasised the need to engage in talks with them.

India holds a view different from the other participants at the October 20 Moscow talks on providing humanitarian aid but is on the same page as Russia, Iran and China on persuading the Taliban to form an inclusive government and ensure there is no spillover of extremism to other countries. This will be the first opportunity for the Taliban to get a hearing in order to get economic aid and international recognition that has eluded since they stormed into Kabul two months ago.

The interaction of Indian diplomats with the Taliban would also help the former take a view on removing their senior ministers from UN blacklisting. India is the chair of the UNSC’s sanctions committee till the end of next year. The US too will be able to hear out the Taliban at Moscow later this month at another meeting with diplomats from Russia, China and Pakistan.

NEW DELHI: Consumers between 35 and 40 years of age are the most credit healthy, while those...
Read more
Entertainment

Actor Dhanush on Monday unveiled the trailer of the upcoming Kannada movie 777 Charlie. “Happy to release the trailer of #777Charlie. All the very...
Read more
National