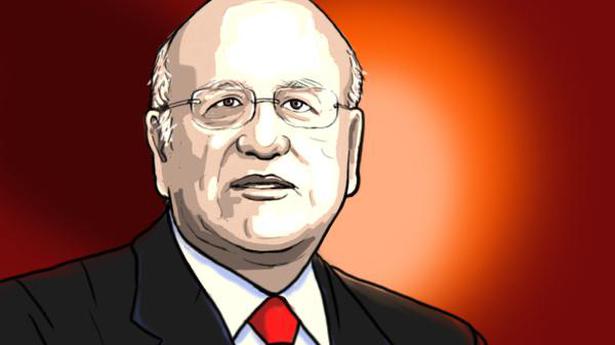 On October 14, Hezbollah, the powerful Shia political party-cum-militia, took out a demonstration in the Lebanese capital against the judge leading the probe into the August 2020 Beirut blast. Hassan Nasrallah, Hezbollah’s leader, had termed the probe “political” that has “nothing to do with justice and truth”. The rally, Hezbollah later claimed, came under sniper attack from the city’s Christian quarters. In the ensuing clashes, which revived the memories of the country’s brutal civil war of the 1980s, six people were killed and more than 30 others were injured.

Prime Minister Najib Mikati, who formed his government just weeks earlier, apologised to the public for the clashes and said the security situation had improved after the Army had been deployed. But the incident also showed the challenges he is facing as Prime Minister at a time when his focus is on addressing Lebanon’s economic woes.

Mr. Mikati was invited by the President to form the government in July after two PMs-designate failed to win enough support in Parliament. The country had plunged into a political crisis after Prime Minister Hassan Diab announced his resignation in August last year following the blast. The Lebanese had to wait for more than a year to get another government, thanks to the country’s confessional political system in which sectarian blocs and leaders hold political sway. According to the Lebanese Constitution, the PM should be a Sunni, the President a Christian and the Speaker a Shia.

Mr. Mikati, a self-made billionaire, was a two-time Prime Minister with deep connections with Lebanon’s political elite as well as the Assad regime in neighbouring Syria. According to Forbes, he has a net worth of $2.9 billion. In 1982, Mikati co-founded Investcom with his billionaire brother Taha Mikati, which was selling satellite phones at the height of Lebanon’s civil war. Later, Investcom made billions from its businesses in Africa where the company built cellphone towers. In 2005, South Africa’s MTN bought the Mikati brothers’ stake in Investcom for $3.6 billion. By that time, Najib Mikati had become an influential member of Lebanon’s political elite. His political career started in 1998 when he was appointed the Public Works and Transport Minister. Two years later, he would be elected to the Lebanese Parliament for the first time from Tripoli, a seat he has held continuously except from 2005 to 2009.

In 2005, when the country was still struggling to come out of the political crisis triggered by the assassination of former Prime Minister Rafiq Hariri, Mr. Mikati emerged as a consensus candidate as Acting Prime Minister, after Omar Karami’s resignation. He would hold that post for a few months. But his real stint at the top of the Government would come six years later. In January 2011, Mikati formed his Cabinet as the candidate of the March 8 alliance of Hezbollah, Christian politician Michel Aoun (currently Lebanon’s President) and Druze leader Walid Kamal Jumblatt. The alliance wanted to keep the bloc of Saad Hariri, Rafiq Hariri’s son who was backed by Saudi Arabia, out of power. Mr. Mikati emerged the favourite of the Shia-Sunni-Christian-Druzecoalition. But the government would unravel within two years as he would fall out with his Hezbollah allies.

This time, Mr. Mikati says he has formed a technocratic government and his focus would be on addressing Lebanon’s economic crisis. The Mediterranean country, which was once called ‘the Paris of the East’, is facing a once in a generation crisis. Even before the blast, the Lebanese economy was facing a steep contraction. It dates back to the 2019 financial meltdown, which saw the country defaulting on its bonds for the first time since its Independence in 1943. According to the World Bank, Lebanon’s GDP contracted by 40% between 2018 and 2020, pulling the country into one of the top three economic crises in the world in the past 150 years. Foreign reserves have plunged from $38 billion in 2019 to $15 billion this year. At home, many Lebanese receive just two hours of electricity, and the country is also facing an acute fuel shortage.

Resolving these issues itself would take years and Mr. Mikati would like at least to start the process. But then comes sectarian violence, which has made his task even more difficult.