Nepal PM Oli to seek vote of confidence on May 10 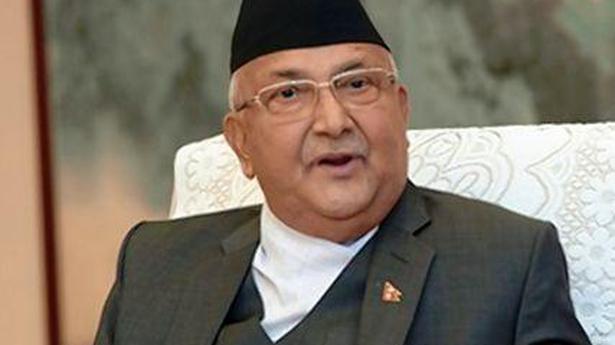 He requires at least 136 votes in the 275-member House of Representatives to win the confidence motion as four members are currently under suspension.

Nepal’s embattled Prime Minister K.P. Sharma Oli will seek a vote of confidence from Parliament on May 10 in his bid to stay in power.

President Bidya Devi Bhandari, on the recommendation of Prime Minister Oli, summoned a Parliament session on May 10 to obtain a vote of confidence in his government, according to an official statement on Sunday.

Mr. Oli, 69, requires at least 136 votes in the 275-member House of Representatives, the lower house of Parliament, to win the confidence motion as four members are currently under suspension.

During a Cabinet meeting on Sunday, Mr.Oli said that he would try to win the trust of Parliament to stay in power, Nepalease media reported.

Mr. Oli’s decision comes amid the current chaotic state of political affairs in the country that emerged since the Prime Minister’s controversial move to dissolve the House of Representatives in December last year.

Also read: Why did Oli recommend to dissolve Parliament?

“The Prime Minister will seek a vote of confidence on May 10,” Lila Nath Shrestha, Minister for Law, Justice and Parliamentary Affairs, told the Kathmandu Post. “This is just a day-long session.”

“This is also an opportunity for other parties to form the government otherwise the country will move in the direction of the snap poll,” he said.

Prime Minister Oli’s decision to seek a confidence vote comes at a time when Nepal is grappling with the effects of the second wave of the COVID-19 pandemic.

The country on Sunday reported a record 7,137 new cases of the coronavirus, the highest daily surge. The national tally has crossed 3,29,000-mark. The death toll now stands at 3,325.

Nepal plunged into a political crisis on December 20 last year after President Bhandari dissolved the House and announced fresh elections on April 30 and May 10 at the recommendation of Prime Minister Oli, amidst a tussle for power within the ruling Nepal Communist Party (NCP).

Mr. Oli’s move to dissolve the House sparked protests from a large section of the NCP led by his rival Pushpa Kamal Dahal ‘Prachanda’, also a co-chair of the ruling party.

In February, the apex court reinstated the dissolved House of Representatives, in a setback to embattled Prime Minister Oli who was preparing for snap polls.

A five-member Constitutional bench led by Chief Justice Cholendra Shumsher JBR annulled the government’s decision to dissolve the lower house of Parliament and ordered the government to summon the House session within the next 13 days.

Mr. Oli repeatedly defended his move to dissolve the House of Representatives, saying some leaders of his party were attempting to form a “parallel government”.

As many as 13 writ petitions, including the one by the ruling Nepal Communist Party’s Chief Whip Dev Prasad Gurung, were filed at the apex court seeking the restoration of the lower house of Parliament.