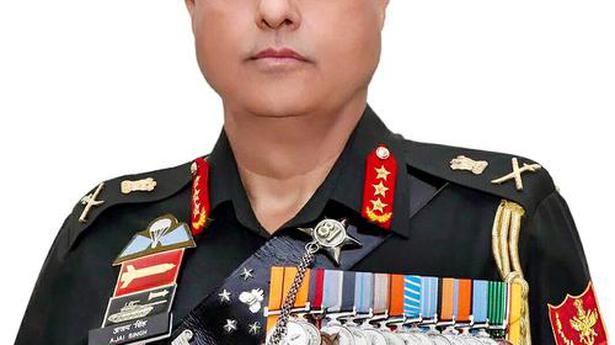 Among a series of top level appointments in the armed forces on Tuesday were new Commander-in-Chief of the Andaman and Nicobar Command (ANC), Eastern Army Commander, Deputy Chief of the Naval Staff and the Director General of Assam Rifles.

Lt. Gen. Ajai Singh assumed charge as the 16th Commander-in-Chief of the Andaman and Nicobar Command (ANC), the only tri-service command of the armed forces based at Port Blair.

His predecessor, Lt. Gen. Manoj Pande, who relinquished charge on May 31, took over as the General Officer Commanding-in-Chief of the Eastern Command based at Kolkata. He was commissioned in the Bombay Sappers in December 1982.

“A fifth generation Army as well as cavalry, armoured corps officer, with family service of over 162 years since September 13, 1858, Lt. .Gen Ajai Singh is an alumnus of The Lawrence School, Sanawar and National Defence Academy (NDA) and Indian Military Academy (IMA),” a Defence Ministry statement said. He was commissioned in December 1983 into 81 Armoured Regiment, a regiment raised by his late father, it stated.

“Lt. Gen. Singh has had the privilege of tenanting various appointments across all six of the Army’s geographical Commands as well as at the Army training command,” the statement said.

Lt. Gen. Pradeep Chandran Nair took over as the 21st Director General of the Assam Rifles, the paramilitary force popularly known as Sentinels of the Northeast.

In a series changes in the Navy, Vice Admiral Ravneet Singh took charge as Deputy Chief of the Naval Staff from Vice Adm MS Pawar, who superannuated on May 31.

Vice Adm Singh was commissioned into the Indian Navy on July 1, 1983, and specialised in aviation. “The Flag Officer is a qualified flying instructor with master green instrument rating,” a Navy statement said.

In another appointment, Vice Adm Sandeep Naithani assumed charge as the Chief of Material of the Navy from Vice Adm SR Sarma, who superannuated on May 31. Vice Adm Naithani was commissioned into the Electrical Branch of the Navy on January 1 1985.

As per the officials, the search operation will cover brokers at more than 12 premises in Mumbai, Gandhinagar, Delhi, Noida, Gurugram and Kolkata, among...
Read more