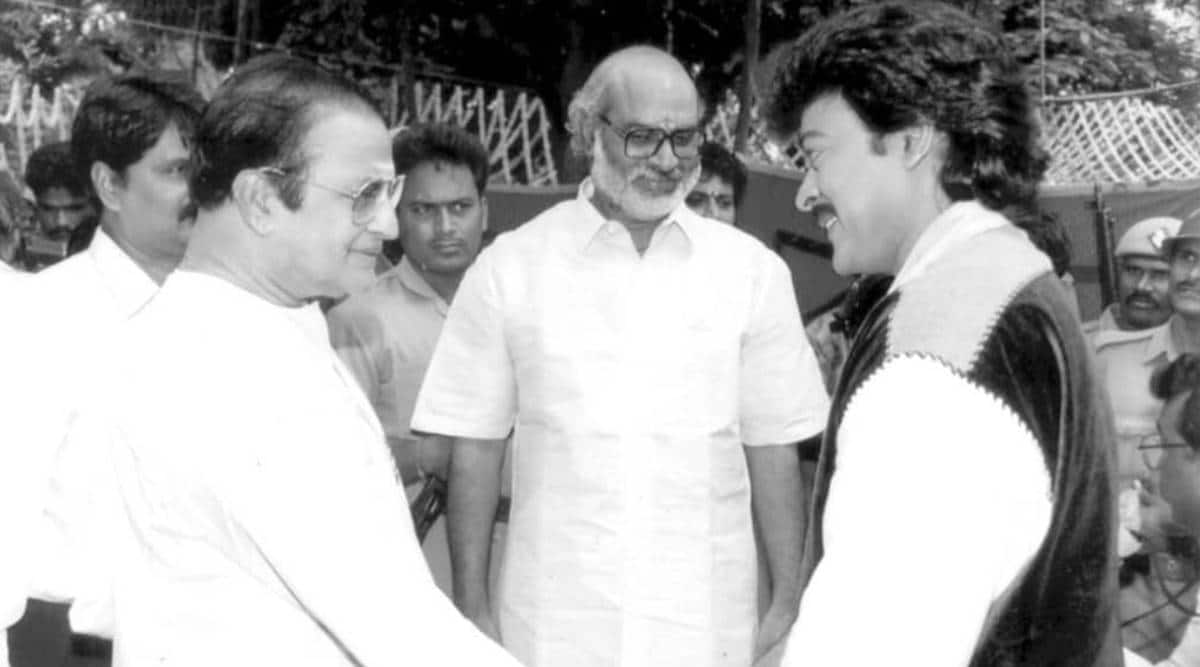 Marking the 98th birth anniversary of the legendary Telugu actor Nandamuri Taraka Rama Rao on Friday, actor Chiranjeevi shared a major throwback photo of him with NTR. In his post, he also requested the government to honour his legacy by honouring him with the Bharat Ratna posthumously. He asserted that NTR should be honoured in the same way that Assamese singer, poet, and musician Bhupen Hazarika was posthumously awarded with India’s highest civilian award.

His Instagram post, which is in Telugu, says, “It would be a proud moment for all the Telugu people if Nandamuri Taraka Rama Rao is conferred with posthumous Bharat Ratna, just like how they did for the great singer Bhupen Hazarika. With the centenary birth celebrations (of NTR) ahead, if he could be honoured with the coveted award, it would be a great pride for the Telugu people as well. Remembering the towering persona on his birth anniversary.”

Chiranjeevi had shared the screen with NTR in Tiruguleni Manishi in 1981.

Trust Devi Sri Prasad to give you a song that will make you want to hit the dance floor. The music composer, who made...
Read more

Lara Dutta marks Instagram milestone with throwback to her first Tamil film: ‘I have never danced so vigorously in my life’