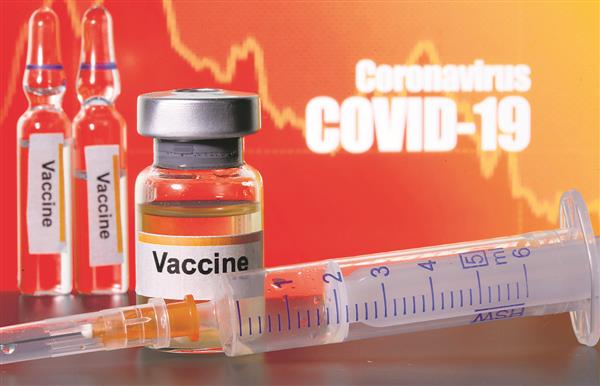 Officers sitting over untapped potential to make Covid-19 vaccines need to be charged with “manslaughter” as it is leading to so many deaths, the Delhi High Court said on Wednesday, observing that a lot of scope and infrastructure is available in India which is not being used.

The court said some urgent hand-holding is required for manufacturing vaccines which is missing because of “fear psychosis” and this potential should not be taken away by foreigners.

“The problem is of fear psychosis that some vigilance enquiry will take place, audit will take place, police investigation will take place. Tell them, this is not the time to be wary of these investigations and audit reports. This is leading to deaths today. Actually, some people need to be charged with manslaughter for sitting over this untapped potential,” a Bench of Justices Manmohan and Najmi Waziri said.

The court said the Centre should expedite the process of clearing samples of Panacea Biotec which has collaborated with Russian Direct Investment Fund (RDIF) for manufacturing Sputnik V here.

If the vaccine has been approved for administering to the public at large, then the government is only required to see that the samples being produced by this firm are in conformity with the existing standards, it added.

“Why you want them to go through a bridge trial, if you have made the bridge trial for the imported vaccine.

Additional Solicitor General Balbir Singh, representing the Centre, said Panacea is far from producing the Covid-19 vaccine as it is pending approval from the authority and added that it cannot say the firm lacks funds for the manufacture of the vaccine as it was already getting finances from the Russian Direct Investment Fund (RDIF).

He said the issues of procuring and manufacturing of the vaccine including Sputnik are pending before the Supreme Court and therefore this court should not pass any order in the present application.

He said the firm is one month away from commercial production of the vaccine and efficiency test has to be complied with as there is no waiver under the Drugs and Cosmetics Act.

The high court was hearing a plea of Delhi-based Panacea Biotec which has sought the release of an arbitral award, passed earlier in its favour and against the Centre, saying it needs funds at the earliest in the larger interest of humanity as it has already manufactured trial batches of Covid vaccine Sputnik V in collaboration with RDIF and the process of manufacturing scale-up batches is on.

The Bench said: “There is a lot of scope and infrastructure for manufacture of vaccine in India which is going untapped and this is a factor you (Centre) must consider. See this untapped potential has to be utilised. You can’t leave this potential untapped. Foreigners are coming here, they should not take away this untapped potential. Your officers are not realising this.”

It added, “Himachal has a population of 75 lakh, Rajasthan has eight crore, Punjab has three crore. All these can be done by some manufacturer in north India. Half of the country can be fed by this only. There is a real urgency.”

The Bench said what about those who have lost their lives because of lack of vaccination and asked the Centre to act fast.

“There is a tearing hurry, it’s a tearing emergency. You expedite your decision so that there is ‘some rahat ki saans’ (sigh of relief)” the Bench said.

The court questioned the Centre saying it was not conducting efficacy test for a drug which is imported in India but was following the rule for the same drug being produced here. PTI