Online building permits to be speeded up 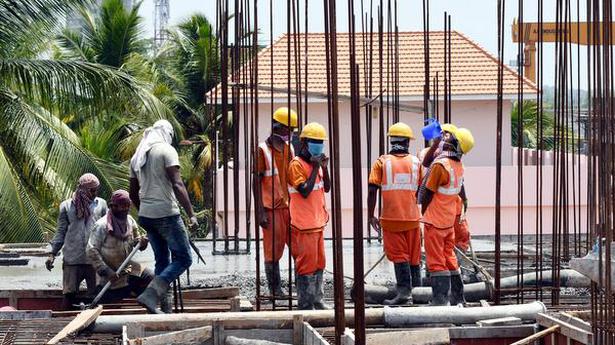 Placing Local Self-Government (LSG) bodies at the ground-level implementation of key initiatives, Governor Arif Mohammed Khan has said in his policy address at the inaugural session of the 15th Kerala Legislative Assembly that the issuance of online building permits in urban and rural local bodies will be fast-tracked.

Improving citizen interface by simplifying and reducing burden of compliances would be an important thrust area. He said the government would move towards outcome-based planning, disaster resilient urban planning, resource mobilisation with advanced Geographic Information System (GIS), and other technology support.

In the present scenario of repeated natural hazards, the government aimed to step up ‘Naipunya Karmasena’, which was formed by the LSG Department to rectify electrical, plumbing, carpentry works of the houses damaged in the 2018 floods, as a permanent set-up during the Financial Year 2021-22.

The digitisation of the local Biodiversity Registers, would be an important digital intervention going forward. The Integrated Local Governance Management System (ILGMS), which was launched in select local bodies last year to shift all services online, would be extended to all the grama panchayats.

The Governor said the local bodies along with the district administrations had played a critical role in the management of the first wave of the COVID-19 pandemic as well as its second surge. The people’s participation within the framework of empowered Local Self Governments deserved special mention, he said.

Counter-terrorism experts from India, Pakistan and other member states of the Shanghai Cooperation Organisation (SCO) on May 16 deliberated on boosting cooperation in...
Read more
- Advertisement -