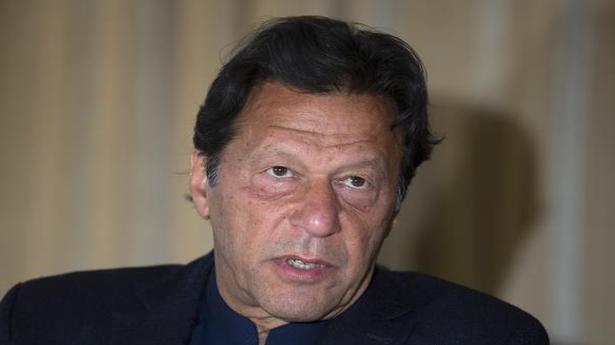 Addressing the envoys virtually on Wednesday, Mr. Khan showed anger at what he called “shocking callousness” of Pakistani diplomats abroad towards fellow Pakistanis.

Addressing the envoys virtually on Wednesday, Mr. Khan showed anger at what he called “shocking callousness” of Pakistani diplomats abroad towards fellow Pakistanis. He also accused them of having a “colonial mindset” in their dealing with Pakistani nationals.

Mr. Khan said: “Indian embassies are more proactive in bringing investments” to their country and they also provide “better services to their citizens”.

“Deeply dismayed at the unwarranted criticism of the Foreign Ministry,” tweeted Tehmina Janjua, the first woman foreign secretary in the history of Pakistan.

She said that Mr. Khan’s remarks showed a lack of understanding of the Foreign Service.

“There seems to be woefully inadequate understanding of Embassies’ consular work, the acute resource constraints the role of multiple departments which (are not) under the control of Ambassadors,” she said.

“Sir respectfully, your ire and critique of the foreign ministry and envoys are misplaced. Usual services to the community are essentially in the domain of other departments that handle passports and consular attestation etc. Yes, the missions should keep their doors open,” he tweeted.

Mr. Bashir said that the FSP and the Foreign Office have always delivered and it deserves encouragement and support.

“Public critique demoralises the best and brightest. Pakistan needs functional institutions. That is where we need to focus. Do set up a task force to come up with positive recommendations,” he said.

“Indian media rejoices over PM’s critique of the FSP and approbation of Indian Foreign Service. What a comparison!” tweeted Mr. Bashir.

Meanwhile, the Dawn newspaper reported that the prime minister’s comments led to angst and demoralisation among the officers of the foreign service.