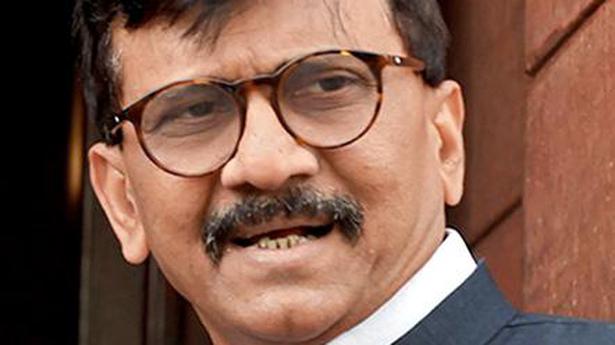 The aftermath of the Lakhimpur Kheri violence and Priyanka Gandhi Vadra’s high-voltage spot visit have seen a subtle shift in Maharashtra’s political alliances within the tripartite Maha Vikas Aghadi (MVA) coalition of the Shiv Sena, the Congress and the Nationalist Congress Party (NCP).

Until recently, the Sena’s chief spokesperson, MP Sanjay Raut, had been ruing the Congress’s failure to lead a coordinated opposition to take on the Narendra Modi-led Bharatiya Janata Party (BJP) government at the Centre. In June, an editorial in the Saamana, where Mr. Raut is executive editor, had slammed Rahul Gandhi for “failing to provide effective leadership to his party and the United Progressive Alliance”, while speaking of Mr. Modi and the BJP in grudgingly admiring tones.

Yet, all through last week, in editorials and columns, Mr. Raut showered praise on the Gandhi siblings. In his weekly column, Rokhthok, Mr. Raut, condemning Ms. Vadra’s ‘illegal detention’, remarked that one could see shades of Indira Gandhi in Ms. Vadra’s spirited actions in Lakhimpur Kheri.

The Sena MP further said in his column that the Gandhi siblings were the “only leaders” who could provide an alternative to the BJP at the Centre today.

“At the time of the formation of the MVA, there were serious misgivings within the senior Congress leadership, notably the Gandhi family, about allying with the Sena to form the MVA. However, post the Lakhimpur Kheri incident and Ms. Vadra’s courageous charge against the BJP in Uttar Pradesh, the Sena now sees the Congress as the only national alternative capable of taking on the BJP,” said a senior Congress leader.

According to sources, a possible clue in the Sena’s volte face in its attitude to the Congress may lie in the growing animosity between the saffron party and its estranged ally, the BJP.

Despite being ideologically dissimilar parties, the Sena feels that hitching its star to the Congress’s wagon may help reap indirect dividends for crucial local and regional polls while helping check the growth of the BJP in Maharashtra, say analysts.

This change in tack, according senior political analyst Vivek Bhavsar, stems from the Sena’s perception that the BJP is determined to weaken regional parties.

The Sena’s gravitating towards the Congress is calculated to have an impact on the crucial civic polls slated for February 2022, particularly the all-important battle for the Brihanmumbai Municipal Corporation (BMC).

“The Sena is eyeing the minority vote-bank in Mumbai and it feels that a bond with the Congress at the national level may work in its favour in convincing the Muslim community that the party under Uddhav Thackeray is, in fact, quite ‘moderate’ in practice, capable of accommodating all sections and communities of society under its wing regardless of its professed hardline ‘Hindutva’ ideology. Never mind the fact that the Sena and the Congress have stated that they would be contesting separately in the BMC poll,” said another senior analyst.