Raveena Tandon enthusiastically digs the ground in new video, offers it as proof: ‘Haan bhai, I actually did it’ 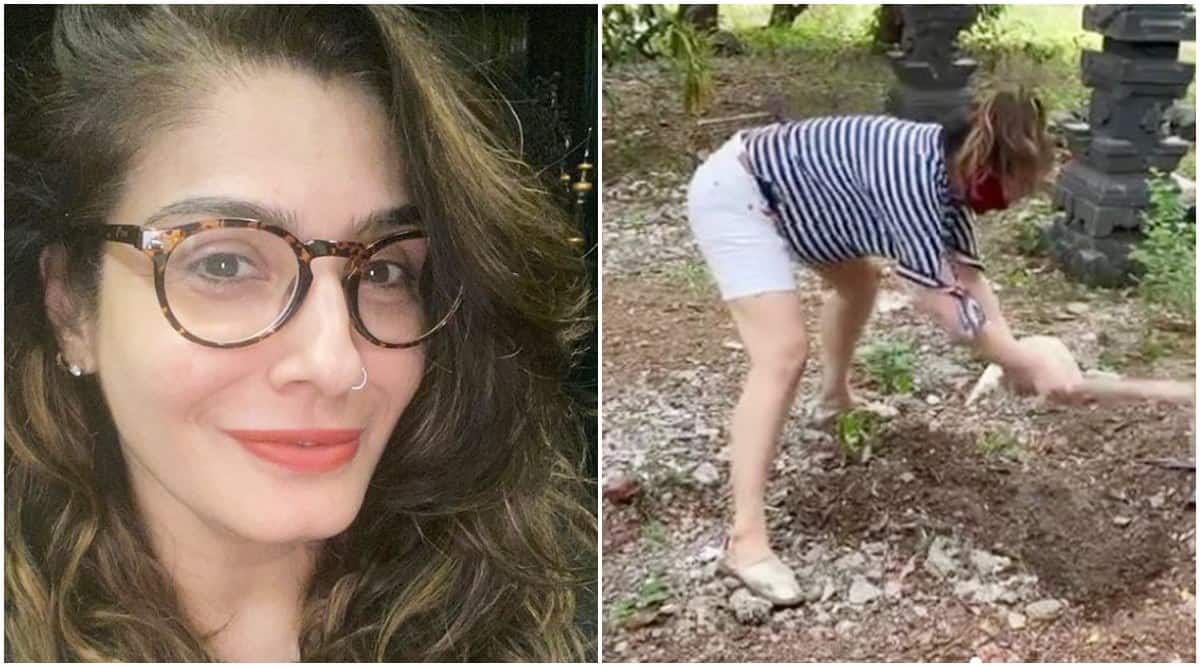 Actor Raveena Tandon had recently taken to Instagram to post a photo and a video as she participated in a a plastic drive around her house in a village. In the said video, Raveena was seen digging through some dirt.

While many applauded the actor’s efforts, a few had their doubts about the digging part of the work, wondering if it was actually Raveena who had done the deed. To dispel the uncertainty around the issue, Raveena Tandon once again posted a similar clip, although this time the video’s duration was longer and it featured the 90s star digging up the ground with determination.

While sharing the clip, Raveen wrote in the caption, teasing her fans, “Haan bhai sach mien kiya ,????a lot of you asked whether I really did dig it up!? Earlier I just posted a small video, did not want to pakao you’ll with my digging skills ????which I was not aware was being shot ???? chalo Shubhratri ji! Jai Ramji (sic).” The comments section was filled with multiple heart emojis soon after the actor posted the video.

Earlier, Raveena had given a glimpse of her satisfactory weekend with a post that read, “Trying to get rid of the remnants of plastic left behind on the farm by the workers ,in my gaon ka ghar . Did a plastic pick up drive around the neighborhood as well. A weekend well spent!”

On the work front, Raveena is looking forward to the release of the highly anticipated Kannada actioner KGF: Chapter 2. She also has Netflix series Aranyak to look forward to, which is a crime-thriller.