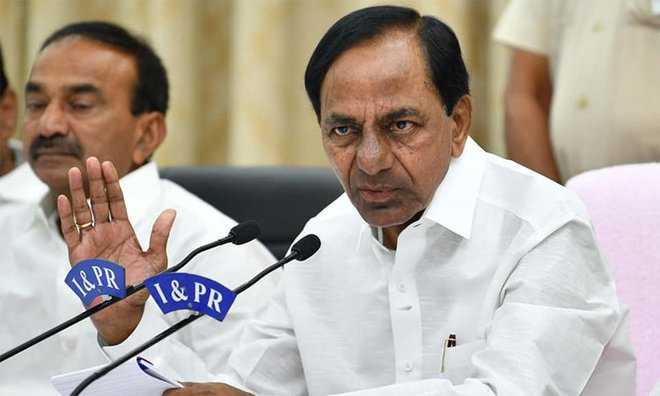 Telangana’s former Health Minister Eatela Rajender, who was dropped by Chief Minister K Chandrashekhar Rao (KCR) from his cabinet on charges of land grab, has resigned as MLA as well as from the primary membership of ruling Telangana Rashtra Samithi (TRS).

Eatela announced his decision to part ways with the TRS on return from New Delhi where he met BJP National President JP Nadda and other senior BJP leaders. He is expected to join the BJP soon.

He was accompanied to Nadda’s residence by former MP G Vivek and former MLA Enugu Ravinder. They all met Nadda in the presence of BJP Telangana State in-charge Tarun Chugh and State president Bandi Sanjay Kumar.

Announcing his further plans, Eatela said: “I have the support of the people of Telangana State and the next course will unfold soon”.