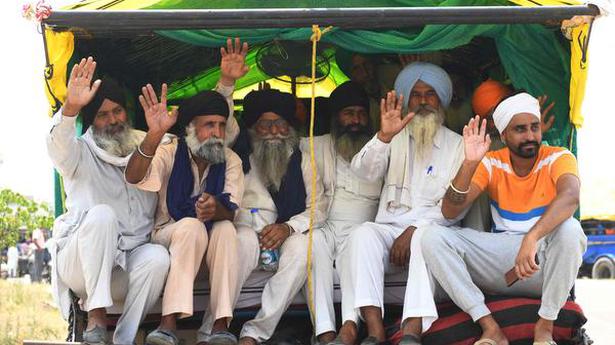 Protesting farmers plan to observe the first anniversary of the introduction of three contentious farm reform ordinances as Sampurna Kranti Divas, or Total Revolution Day, echoing the slogans of Jayaprakash Narayan’s historic agitation 47 years ago. The farmers groups will burn copies of the laws outside the homes and offices of the BJP leaders on Saturday, according to a statement from the Samyukt Kisan Morcha.

The three ordinances were introduced on June 5, 2020 during the COVID lockdown and passed into law by Parliament in September. Thousands of farmers marched to Delhi demanding the repeal of the laws in November and have been camped on the outskirts of the capital for the last six months.

It was also June 5, in 1974, when activist Jayaprakash Narayan gave the call for “Sampurna Kranti” in Patna, beginning a mass movement that ultimately opposed Indira Gandhi’s Emergency.

June 6 is also the anniversary of the 2017 police firing against protesting farmers in Mandsaur, Madhya Pradesh, when six farmers were killed. “The Samyukta Kisan Morcha appeals to all the farmers and citizens to pay tribute to the martyr farmers of Mandsaur and the martyr farmers of this movement on June 6 and take a pledge that the farmers will not be afraid of any police action and will fight till the end,” said the statement.